BHRR’s Sambuca says ‘While at the Vet Office, it is all about the animals being comfortable as they wait!’

I think KAH needs a bigger bench seat though….

He had his recheck from his May 4th, 22 teeth removal and sadly, as I thought…he is still battling an infection on the one side of his mouth.

So many teeth needing to be removed, makes him have a lot of ‘pockets’ trying to heal and food plus hair are getting stuck. Not all the holes could be sutured…..

AND as his mouth was truly horrible to begin with, not surprising in a way to know he is still fighting off infection.

His weight was down another 5 pounds.

He is now 61.1 kgs. We will try and get him to eat even more canned food. We cannot move as mentioned in another post to kibble or even softened kibble for him at this time for a number of reasons.

So, as he is battling infection, he is going to continue on the antirobe and when I went to pick up the called in prescription, it was not there. I had been told by the Hospital that the pharmacy had some and the rest would be ordered. Then, I was told when I arrived that it was on back order and they would have to call around and find more for him. The Vet wants him on for another 14 days.

So, tomorrow I will go back to the pharmacy.

We microchipped him tonight and he had a thorough cleaning of both ears. Just waxy debris.

As his system is not healthy as of yet, no vaccines for him. We will have him back in 2 weeks time for another recheck and go from there.

He is scheduled for his professional photo shoot for May 23rd and I will just hold on to the photo’s for when he is ready to make that special announcement.

Temperature, heart and lungs all normal and his remaining teeth were admired by many as they are so clean and nice looking now after his long dental. 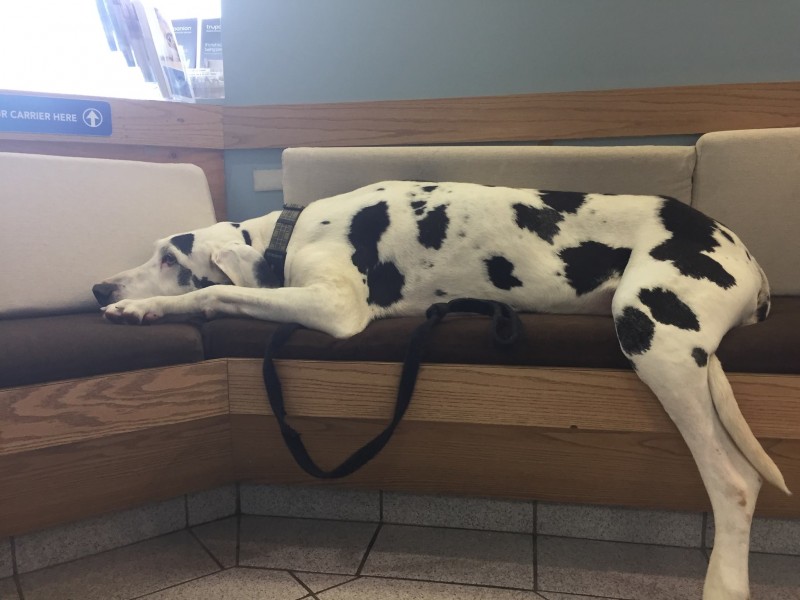 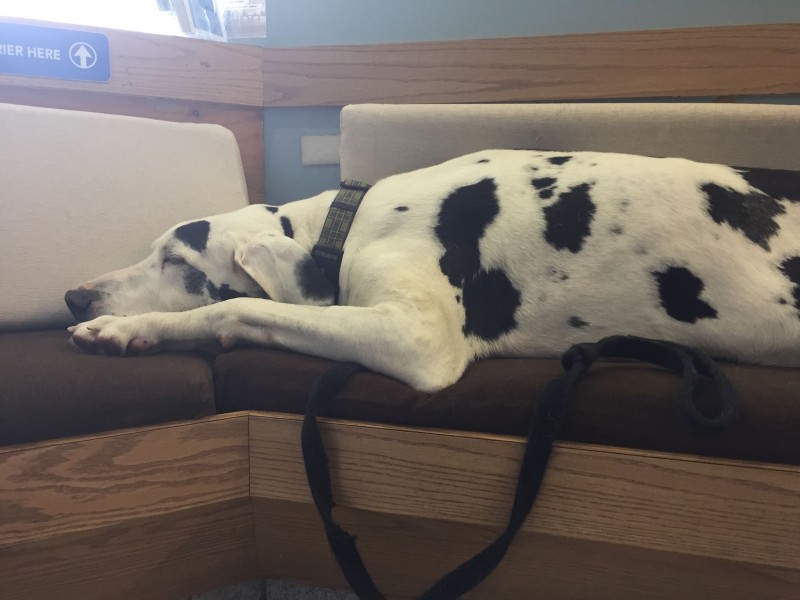