She went in to KAH for her spay on January 10th and this is what was found when she was shaved…a scar….I was so surprised to see this scar once she was shaved as the shelter had insisted that she was not spayed…..I went back and forth a few times on her case with the shelter as we wanted to be sure to spay her if she was not already spayed.

We dialogued if this was a c-section scar, umbilical hernia scar etc…I was told that ‘no, this was almost without doubt a spay scar.’

We were advised to do a progesterone test(expensive…

) to rule out via hormones if she was or was not spayed….we believe in doing all proactive and preventive vetting required/necessary on our dogs and without hesitation agreed. We go up and beyond as we want the very best for the dogs….

We did the bloodwork that same day and were told the next day that the results indicated that BHRR’s Giselle was in fact spayed.

Fast forward to Sunday February 5th and at our BHRR ‘EXPERIENCE’ mini open house, and some of the Pet Valu Stittsville lovelies that were visiting, grabbed me to say they thought she was in heat.

I go over and sure enough there are drips of blood and they do not ‘appear’ to be typical heat drops and ‘seemed’ possible it could be UTI related. Her last UTI was successfully resolved upon arrival to BHRR in September. BHRR’s Giselle was not doing any straining or frequent urination, there was no odour to her urine and her urine looks normal. Yet, still could not rule out another UTI.

So, I mentioned to all that I would get her back to KAH and so I had her there tonight.

As BHRR’s Giselle is on specific meds, most UTI’s, not all, yet most would be being treated soooooooooo, the Vet believes that quite possibly BHRR’s Giselle has a remnant of an ovary or that this scar is from another scenario including those listed above and another option could have been from an enterotomy. We do not know her past….we have no records of what she had and did not have prior to rescue.

Once BHRR’s Giselle stops her drips, we will go in and ‘explore’ her women bit area….

For us, we have only ever had one other Dane in 21 years have a remnant of an ovary and now we have possibly BHRR’s Giselle AND in dialoguing via email and also in person earlier today with BHRR’s Maple’s surgeon re: her own histio results, there is the strong possibility that she also has a remnant of an ovary as her medical condition(mammary masses) per the specialist is ‘hormone dependent’. BHRR’s Maple was spayed in August of 2016, the same day I also had BHRR’s Limerick spayed and BHRR’s Rubble neutered.

What are the chances that we have not one but two Danes with the exact same medical situation?!!!

So, yes….I am confused and a bit frustrated as we work so hard to do right by all of our Danes and now, more surgeries and more $$$ plus healing time for these sweet Danes shall be required…..

The last thing I want to do is put BHRR’s Maple through her third surgery since August and now BHRR’s Giselle to have to get back on the table herself…. 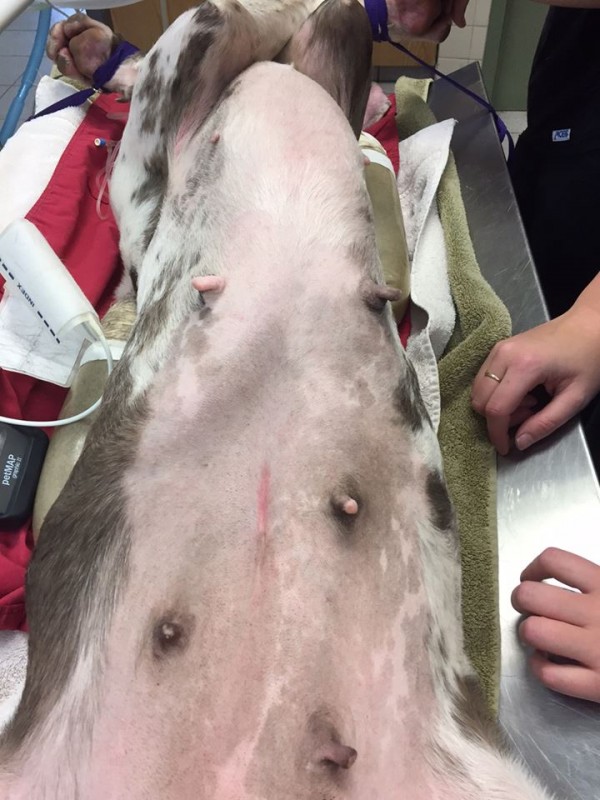 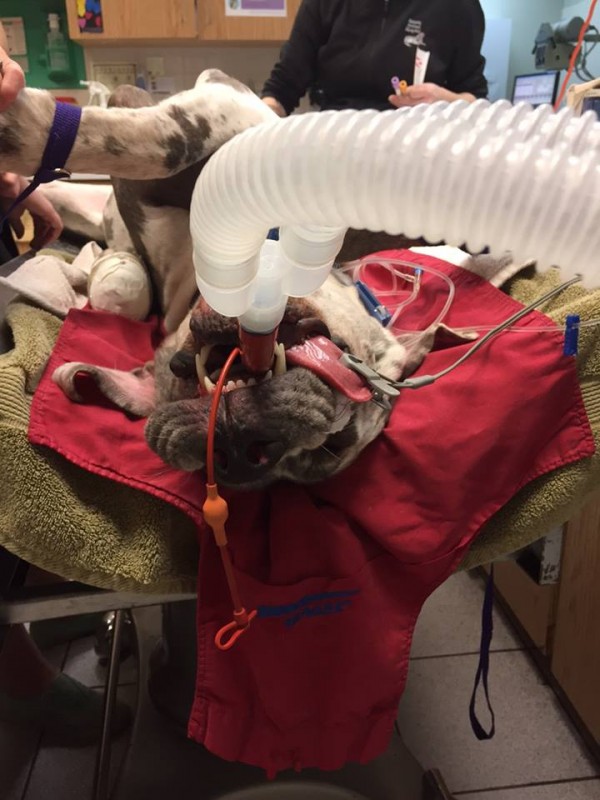