Guess who is hanging at KAH today?!! One of our lovely BBBBB’s!

She is now 99.66 pounds(45.3 Kgs)! She has put on over 30 pounds(32.66 pounds) since she first arrived to BHRR…..she still needs a good 10 or so more pounds yet, she is getting there! This is nothing that will hold her back from making her special announcement shortly!

Her elbows are looking so much better, the right one is still quite calloused but, so much better! A lot of soft surfaces to lay on! 🙂

She had some many compliments on her lovely feminine head. She is truly beautiful!

She is finally ready for her Vaccines, and, she had a thorough exam plus, we did her HWT including testing for Lymes disease – Lymes, Ehrlichiosis and Anaplasmosis.

We scanned her for she had a chip tag from the Shelter on her collar yet, we were unable to find a chip and, we scanned all over her back and, down her legs, not just her shoulders. Then, the Vet decided to scan the back of her head/neck, and, sure enough, there was her chip. We will make sure that it is documented as an alert in her file at the Hospital and, it is here in her blog also. I have never in all the years we have been chipping, since 1996, ever seen a chip placed in the back of the head/neck area.

She is doing really well! Within a couple days, she should be ready to make her special announcement! She is an incredible dog. So, full of personality.

She can be a bit worried still of some sudden flight movements yet, OMG! She has rocked her rehab!!! She was curious, outgoing, dug her head in the lap of the Vet for loving, and, so social today!!!

AND, many remarked that she sounds like a ‘cricket’ when she was in the back, protesting softly about being in a run. She did not make many sounds at KAH, she was so good but, when she did, it was so soft and like a ‘cricket’. 🙂 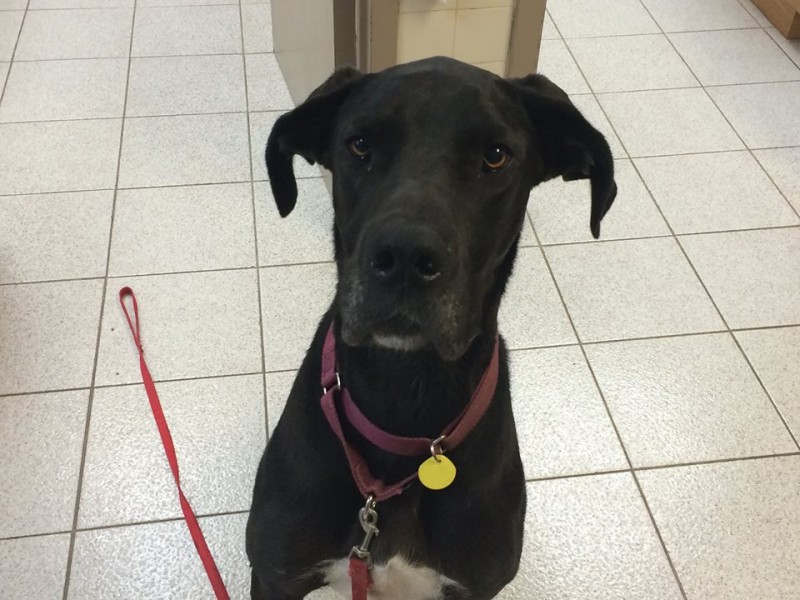