On January 5th, I received an email from one of the shelters we work closely with that, they just got in a Dane – in fact, the intake was happening while I was on the phone with one of the Supervisors – and, they ended up running after the Owner as the Owner had not given any history. What we then got was:

"intact male ears cropped, malformation on front leg. Owner says he broke his foot as a baby and the cast was not applied properly. No medical history, no documents."

We immediately stepped up to assist and, transport was arranged for the 12th of January to bring him into BHRR. 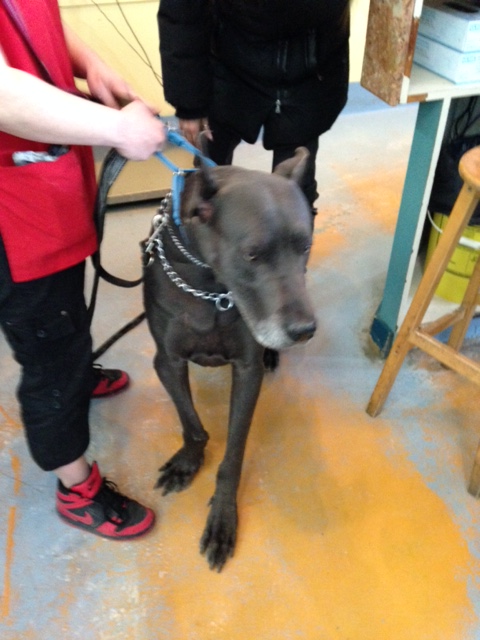