BHRR's Maverick ended up not having a play date on April 19th yet, he did on April 26th. He was up another 3.3 pounds upon weigh-in that day! That is close to 30 pounds now since he first arrived yet, we still need more weight. Yet, YAY! YAY! for him! He was taken to PetSmart and CocoMutts and, had a nice walk with the kind people that took him out. He was a BIG hit yet again with all that met him. What a ham! 🙂 Apparently, he drew quite a big crowd at PetSmart as soon as he walked in the door and, nobody could move for some time.

Below are a few pictures of him in the car from that day! This is the bed that I gave to BHRR's Reese the day that I dropped her off for her last transitional adoption play date/sleep over. Special bed for special dogs!

He was to have his special picnic date on Mother's Day and, we had all picnic made(special Mother's Day treaties made also for the home) and, he hurt one of his toes. 🙁 He is back up and running, literally now and, so we will reschedule the picnic for June. I was hoping to do the picnic date prior to his special announcement yet, may make it earlier. 😉 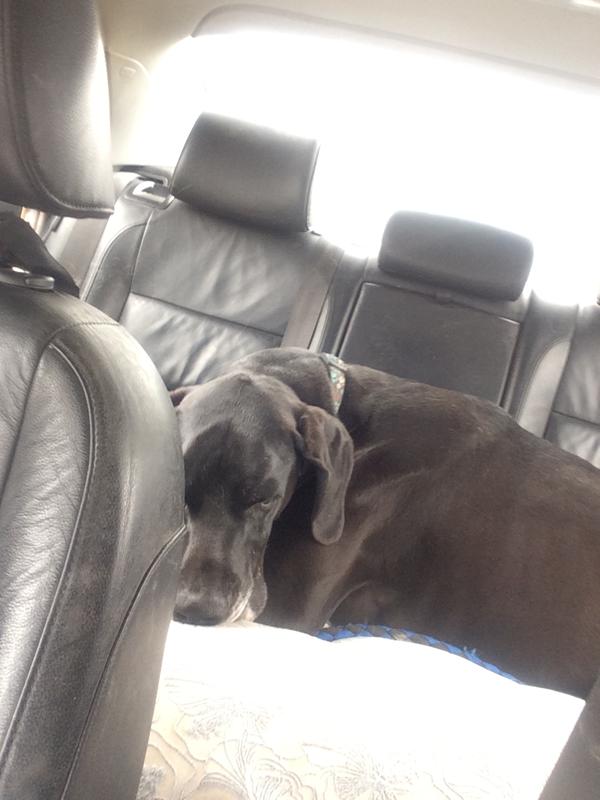 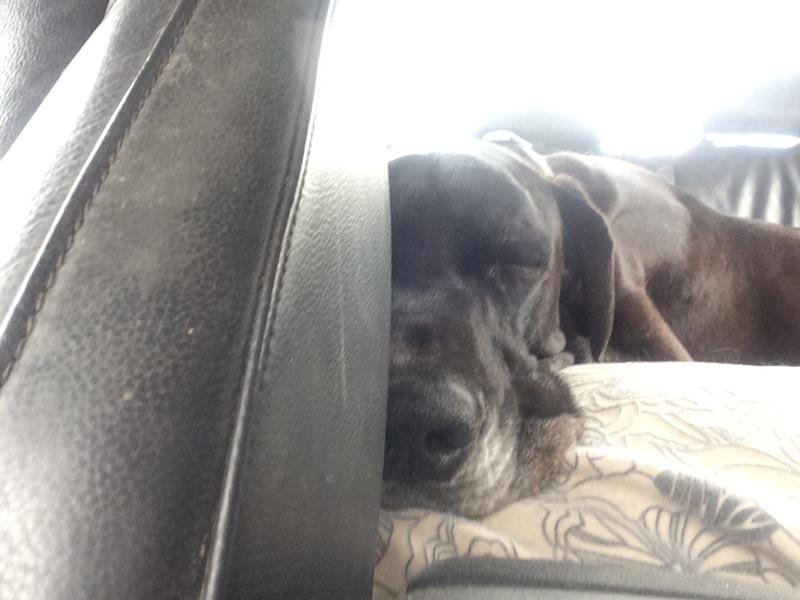