BHRR’s Moose is now HERE! I met his transport for around 10:30 PM on Saturday with one of my BHRR BOD members who was up visiting from Oshawa. It was quite the ‘smile material’ sight seeing him drive up sitting like the great co-pilot int he passenger seat looking so handsome! I am attaching two pictures below from his transport taken by Michy and have put 3 into his slideshow. 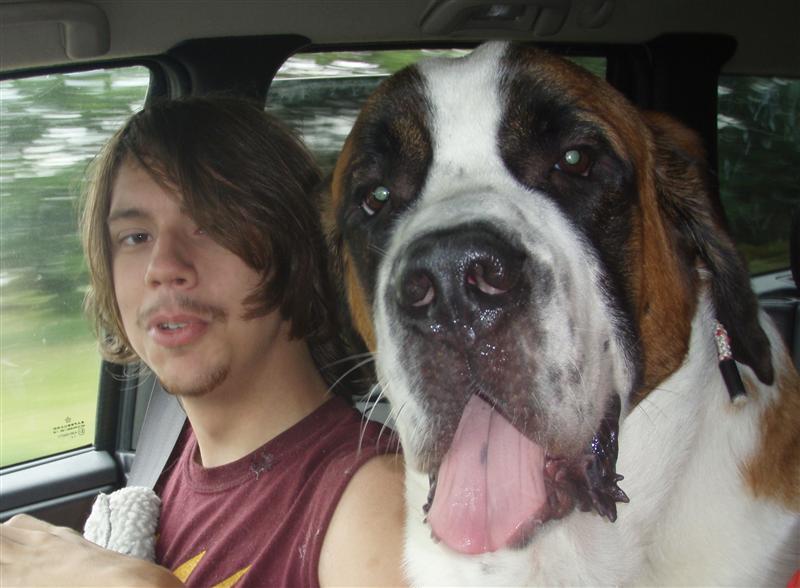 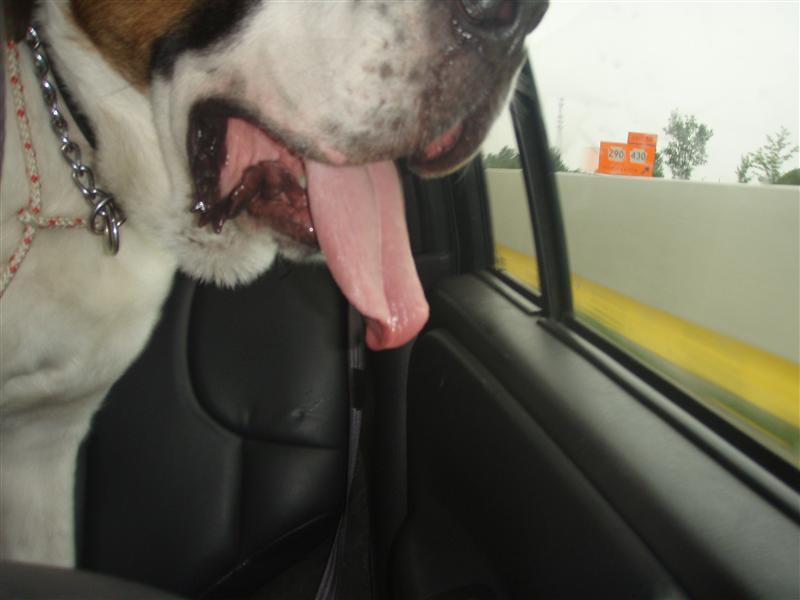 Feedback sent from his one transporter – Gloria:

Feedback from another one of the Volunteer transporters – Claudia:

“I was one of the transport drivers on his journey and I thought he was wonderful. He was fine around other dogs, very friendly, let strangers come up to him without hesitation. I gave him dog biscuits and two bowls of water, lots of pets. He was wonderful.”

There were so many that were concerned about BHRR’s Moose and here is a quick update that I sent out on Monday June 28th to those that had emailed and/or called me about wanting an update on him:

Moose is doing fine. Picked him up just after 10:30 PM last night after meeting Gloria. He came back to BHRR, had a big pee, drank well and after stretching his legs, settled down wonderfully in a colossal crate with a yummy treat for the night. Showed no interest in eating some food last night, not uncommon. As of today, he has now been integrated with several dogs without any issues and ate a bit of breakfast. We will be very slow with his integration and he does love to destroy blankets and dog beds, so he now has a Kuranda bed in his 45″ colossal crate.  😉

I was most distressed to hear about what happened with Moose and am very happy that he is now safe and I look forward in having him settle in more, properly assessing/evaluating him to get to know him better and seeing what lies in store for him in his future. We shall see what happens when he is out of his ‘honeymoon’ period. He has let me touch his feet sans issue yet I have not actually lifted them up to look at the pads yet he is not limping. He is in need of a nail trim and we shall see how that goes within the next few days too. He has had no issues with people to date and one of my BOD members who was up visiting from TO yesterday came with me to meet the transport and even with it being so dark; he was loving and affectionate. He is a bit of a barker yet is listening well in being ‘corrected’. When driving home, he definitely wanted to be in the ‘front’ seat and we will need to work on that.  😀

I am indebted to everyone for the kindness shown to all the dogs this weekend!