BHRR’s Moose, about one year of age, male, neutered, utd on vaccines, smoth coat Saint Bernard. He was at a very rural small pound in Ohio, USA as he was an owner surrender due to the man having medical issues (developed a debilitating illness). I am told that the man who surrendered him was a nice man and took great care of Moose and that Moose had been in this rural small pound since last week. He is now currently in a foster home of the pound with 2 other dogs(about 5 pounds each) and from there the transport co-ordinator who works with this pound contacted BHRR to see if we could be of any assistance with him. We have been told that he tries to play with her two dogs, so he will have to learn to be gentle with those big ol’ paws and mouth of his. I am posting a picture of Moose below. He is expected to arrive Saturday June 26th. NOT YET AVAILABLE FOR ADOPTION!!!! 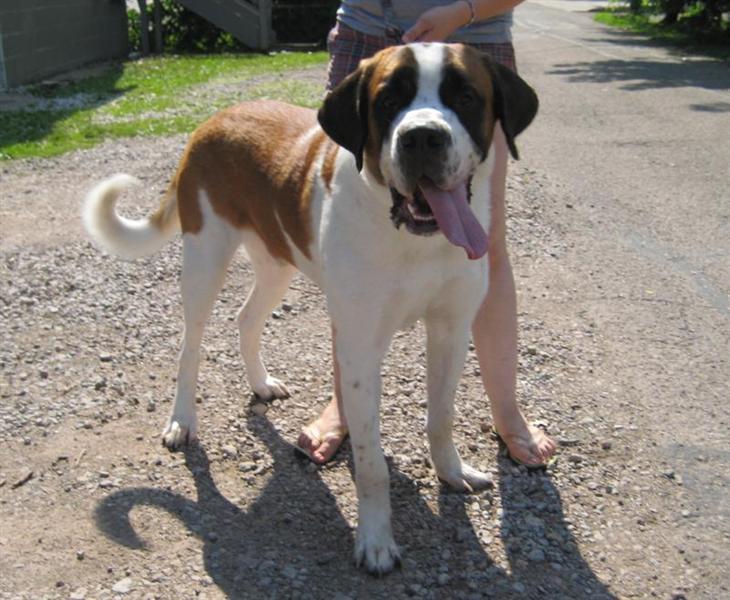