When I got home from work last night, I was in the door not even 10 minutes and I received a call from BHRR’s Gretta’s temp foster home.

She had a laceration and the home was so distraught. I headed over to their home, took a good look at FREEDOM DANE Gretta and, then, brought her to Alta Vista AH. A place, I have been at FAR too often this month. 🙁 🙁

Once, again, a fantastic experience – if going to emerge could even have such a thing – and, as I was leaving, Dr. T. Asselin asked if I wanted an application to work there! NOW, that is a compliment. 🙂

15 staples, almost 2 cm all around debrided and subcutaneous sutures and a Vet Bill that while it was not pretty, could have been a lot worse, plus another night of zero sleep, she is back with us and will be just fine. 🙂 She is on 1500 mg of Ceph daily and Deramaxx 100 mg SID for the next 14 days.

She shall stay with us throughout her recovery(was headed back to our place as is for our upcoming BHRR ‘EXPERIENCE’ mini open house as is).

Photo’s below and if anyone,  may consider contributing to her cause, you can PayPal to ‘gwen@birchhaven.org’ (use the `gift` or ‘friends & family’ option) or email transfer to gwen@birchhaven.org. I paid for her Vet Bills between my credit card (had been working on clearing room since paying for other urgent Vet bills and for dog food) and, the monies that had been donated as a memorial for my RIP beloved heart boy GD Frost ‘T’, in memory of another wonderful GD of a friend of mine, Henry and a memorial that was sent from the generous person in honour of the loss of her own GD Carbon. Those monies were going to be used for dog food originally, and, we are down to mere days left of dog food. 🙁

When she was in emergency, we shaved another spot on her side – a small abscess.  The scary part for BHRR’s Gretta was the getting into the car to go there. AND, she even rocked all the ‘idjit’ people on their snowmobiles at the gas station(I was going to fill up today, yet, had to do it last night). She was so brave at the Hospital and weighed 49 KGS(107.80 pounds). Looking good! 🙂 She could even add another few pounds yet, is looking great!

She reminded me so much of her mama, BHRR’s Adele that we also took into BHRR back from the PRU seizure in 2011. As many are aware, we have rescued and rehabbed over 15 years of GD’s from this line. She was also so reminiscent of her granddad BHRR’s Albert and, made it clear when she was done being in any particular place. She even has the same ‘stress puffing pant.’ 🙁 She was not happy when all doors are closed and, that goes back to her days of being in the barns at PRU. She needs a window to see out.

A few staff mentioned that she reminded them of a particular GD and they said ‘Adelaide’, then ‘Annie’, then ‘Athena’ and I said, you mean ‘Adele’ 😉 LOL She had a ton of compliments on just how courageous she was, what a gorgeous name she had and what a stunning looking GD she is! THEY were correct on all three things. 🙂

She trusts me so much and I did the handling of her for the staff there, even doing her capillary refill test etc. until it was time for her to go to la la land. When they were moving her to the comfort room after her surgery, the closer she got and the more she smelled me, the more alert she became. I have two photo’s below of her still quite doped up yet, making it clear she was ready to leave. She plunked herself right on her stapled laceration to boot right up to the door and that was it…she was ready to go home! AND, when I tried to leave the room to go pay for her bills, in no uncertain terms was I ‘allowed’ to go out there without her. 😉 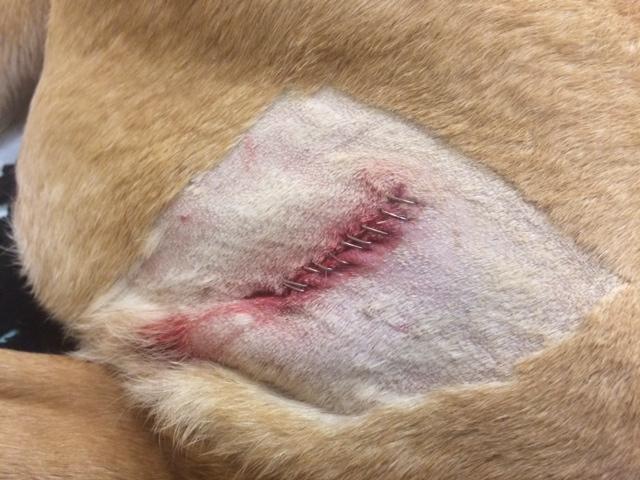 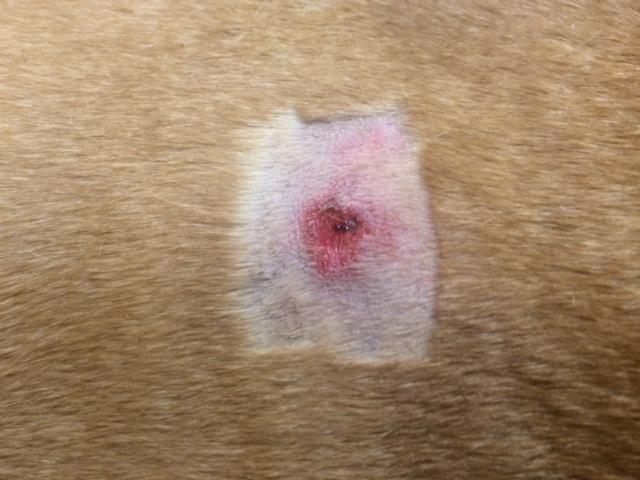 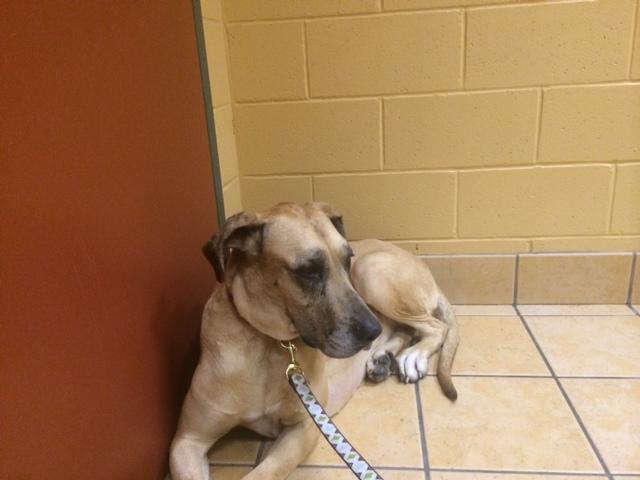 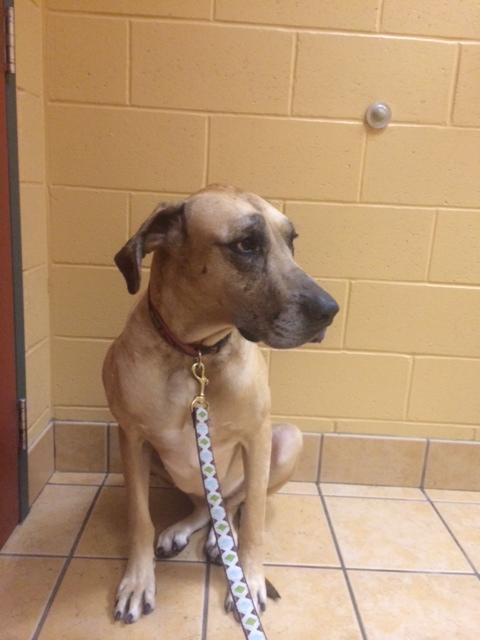