On May 22nd, 2013 @ 10:11 AM, I received the following email plus I had received a vm:
"Gwen.. Danielle phoned this morning… we were finally able to capture a brown merle in the neighbourhood here for seven days… wandering. Dumped we imagine.. He is male, not neutered, about 7 months…in good condition other than very skinny and hungry. Not aggressive but unfamiliar with human touch. Would you be able to take him in… he will need some pretty intensive rehab. He seems like a pretty good boy with a bright future."

On my drive into KAH, I called Danielle and I asked to have some photos' sent my way, just in case, any legal may be required should we find that there had been a neglectful owner. I also asked for them to scan this boy for a chip, look for a tattoo and we discussed being proactive in de-worming plus given some flea medication – he was given Strongid T and a tube of Revolution. I asked some more questions in regards to how he appears to be around humans, any dog interactions and their opinion on his body condition.
I was told that he was fine to stay with them, IMHO, his rescue angels, until we could get transport organized. They also offered up a donation, yet, I declined. They were doing so much for him already and gave him the GIFT of life by saving him.
I knew that trying to arrange transport by this weekend would be hard and so we worked on planning to have him arrive on the 1st of June. This gave him 8 days of 'settle' time of being fed every few hours and to get him to relax a bit and not be so terrified.

At 1:30 PM, I received the following:
"Not microchipped.. will send photos… jacquie"

Here are the pics. We have had him around lots of female danes and he seems great with other dogs. He is really frightened that he is gong to be left outside now he has found a place to eat and rest. he already is really enjoying the affection and seems to have no aggression even when he is scared. I think his time running is making him love having a soft bed and is very happy to be in a crate. I let him out for a pee and he ran to the back door and begged to come back in. Funny after chasing him down for 7 days. He has two small puncture wounds on both his back thighs but are healing well and not infected at all. Of couse covered in bug bites. After getting a look at his teeth he may be older than I thought he may be closer to 15 months but still a young boy. Also we have been calling him Hobo !! As he was moving from house to house in the neighbourhood.

Thank you so much for taking this boy Danielle

Ps the pic may come in many emails. Called Hobo pics" 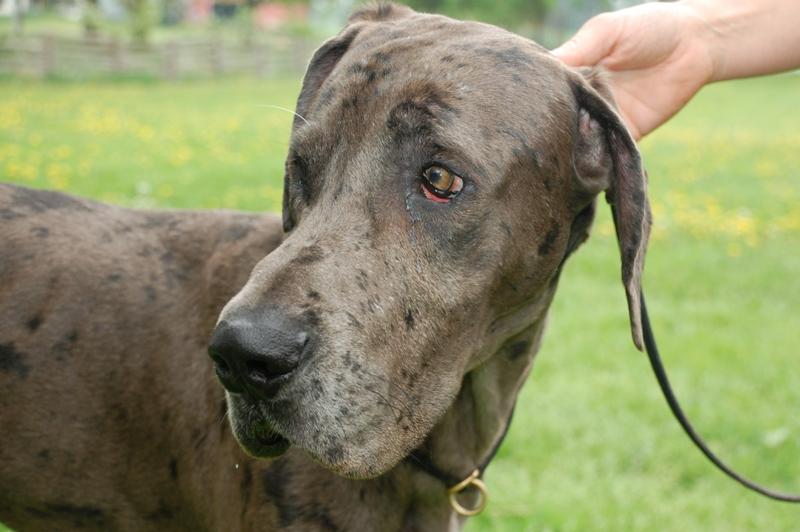 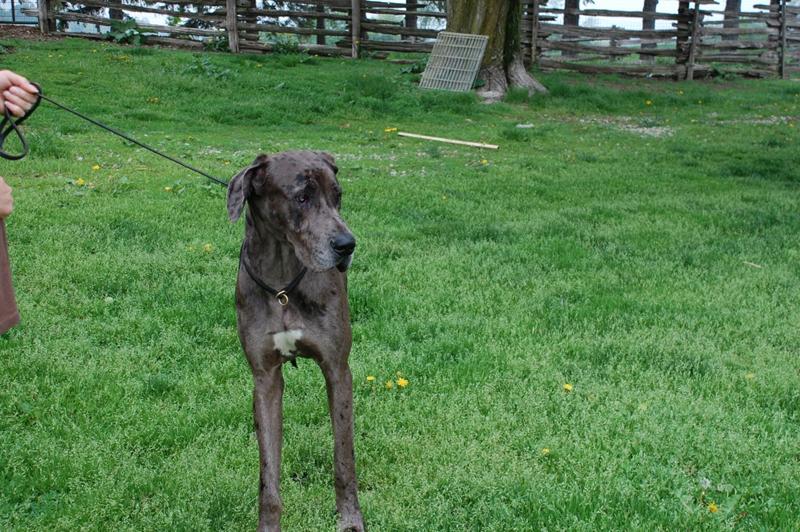 Photos by his wonderful rescue angels who caught him after one week of working to get him.