BHRR's Jersey – Approximately 4 year old GD with a partially docked tail from a tail injury sustained in December 2011. She was originaly adopted about 2 years ago by the one O. from a H.S. and as they are now expecting their second child, they would like for her to have a better life than what they believe they can currently provide for her.

*photo below is from her current owners*

Coming to BHRR the week of August 12th, 2012 – Plans have been made to bring her in Tuesday August 14th.

The home had contacted me awhile back asking for our assistance with placement and they wanted to be assured that she was going to a highly reputable/quality program. We gave them a lot of information to assist them with their research of BHRR(as we are so aware, there are some really disreputable Rescues out there); invited them to to join our BHRR FB page, the Ottawa GD group that I am the Rescue & Behaoural Advisor on and to pass along up to 300 references. The home was also encouraged to read our guest book enteries.

BHRR has been around since 1996 and we are a small Rescue and it never about quantity, it is about quality. Our adoption success rates were 100% for over 10 years of operating and we are now 99% in our 16th year.

We have Volunteers that have been with us since our inception and have quite a few that have joined us along our many years operating. BHRR only associates plus asupports where we can,whom we believe to be some other highly r/q and few plus far between organizations and offered up contact information to also help them research more on BHRR. BHRR feels it is very important for people to feel comfortable about the choices/decisions they make and believe in full disclosure.

I also invited the home to come on out to the August 11th Fundraiser being hosted by Critter Jungle to meet myself(Sean & Kids left to go back home after they helped set-up and after Sean washed the first doggie – BHRRs Kyo!) and I had the pleasure of meeting them plus this GD We spent some more time having a detailed discussion and after she received a bath, we began our first arrangements to have her come into BHRR. 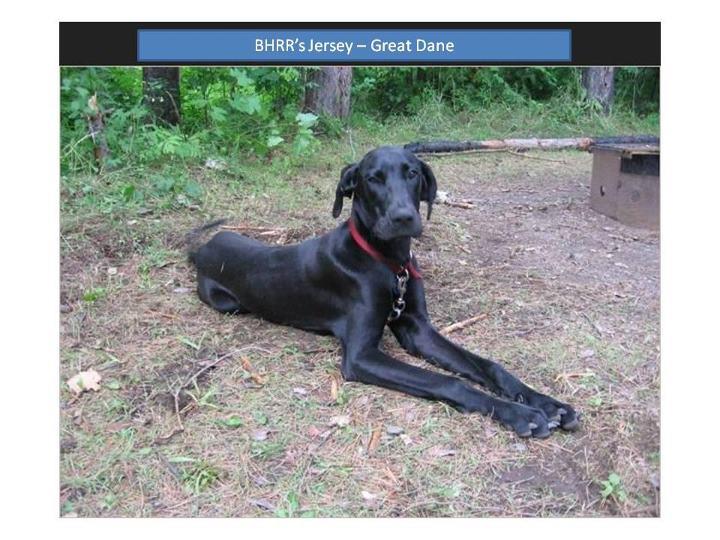