Cannot wait! Not even down the block and I had to pull over to make this post!! BHRR's Shiva has just been ADOPTED!! Omg!! It was all I could do to not bawl!!
When this home first contacted me, BHRR's Shiva was my top of three possible fits and the home would have done great with either Dane(they are just that fantastic); yet; they chose BHRR's Shiva too!!
Omg!!! I think I am going to cry….. :)-
The whispers in her ear of all that I hope and want for her would fill
up ten pages AND I just know they shall come true!!
Shiva The Diva; you are now home and my heart is bursting with sheer joy and while others gave up on you; BHRR and all your fans did not! This home loves your glossy shiny black coat and your 100% byber GD stature; was incredibly impressed by your manners(bilingual too!); and was completely taken in by your charm!! Yes!!! Yes!!

Below are some photos taken by her temp foster mom back in April and her 'new' family photo! 🙂 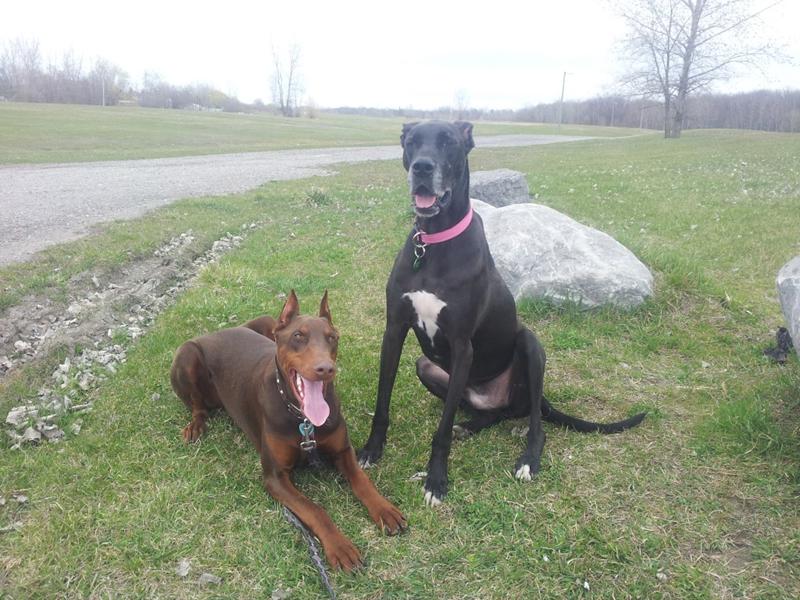 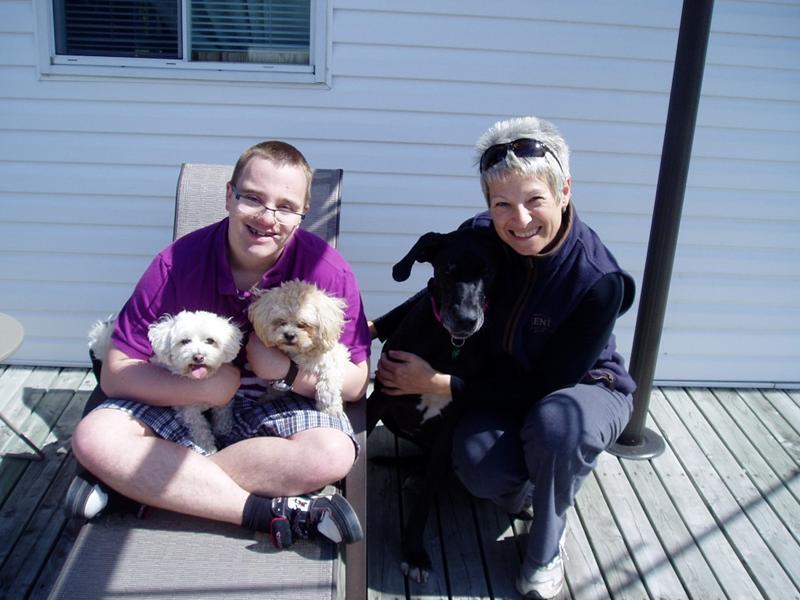 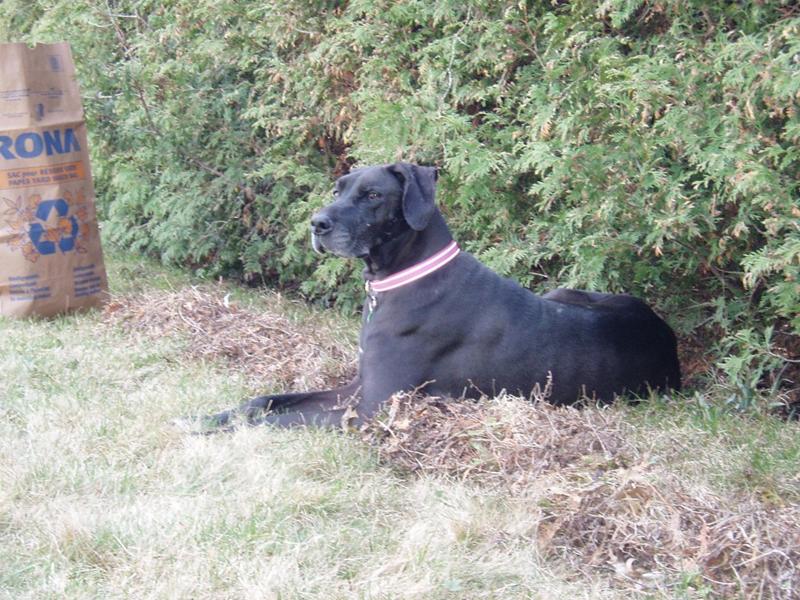 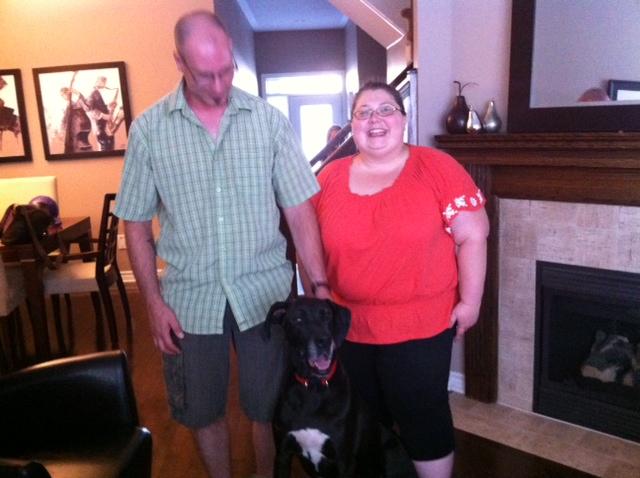 AND this is the last email we have from her temp foster home before she came back to BHRR re: their latest adventures – April 2012! 😀

This update on the lovely Shiva is waaaay overdue.

As usual, things are going great if not excellent.  Her return to our household (aka Shiva's Palace) has gone without issue.  She quickly fell into our daily routine. This visit is different compared to the others.  The season/weather is a big factor.  We are spending alot of time outdoors doing yardwork, going for walks and playing in the neighborhood park.  She loves being outdoors with us.  When doing yardwork in the front yard, she is attached to a 20ft lead (no fence) and just sits (or mostly lies) there on the front lawn taking it all in.

She is doing so much better when meeting strangers, in and outside our home. I've been observing her behavior (nervous around new people) and this is slowly changing in a very positive way.  I greet everyone with a cheerful calm voice while reassuring her.  I've found that if we let Shiva go to the person (to check them out) instead of the person going to her (I believe this overwhelms her and she will not accept this person as easily), she becomes putty in their hands in no time at all.  She is becoming much more trusting of strangers.  She has fallen in love with our cleaning lady, Mimi.  The funny part is that Mimi is under 5ft tall and weighs less than Shiva.  So when Shiva leans into Mimi (her way of letting you know that she wants some "butt rub lovin'"), she almost tips her over!!!

We have discovered a neighborhood park where she is able to go off leash and romp around with the other dogs.  She is becoming quite popular with the dogs and owners.  I've received many comments on how she is "mature" and well behaved. Her new best buddies are Nala, 7yrs old Dane and Harley, 8mth old Rottie mix.

Something new I've discovered about Shiva the Diva is that she is absolutely wonderful with small dogs.  We had a playdate at our home last weekend with a coworker Liz, her son Peter and their two dogs Peanut, 5 yr old Bichon and Mason, 9 mth old ShiPoo.  When they arrived for the visit, Shiva did the usual "loud announcement" that we had company.  As soon as I opened the door and she saw them, her demeanor did a complete 180 degrees.  She instantly stopped barking and became so calm, gentle and totally accepting of them all.  Keep in mind that the little four-legged squirts who weighed in at +/-10lbs combined wanted absolutely nothing to do with this GIGANTIC black diva, LOL.  Shiva respected this and provided space.  She did not push to be friends and let them come to her on their terms.  Her patience, gentleness, caring and understanding were so apparent.  It was absolutely amazing for me!!!! We spent a whole 2+ hours together and by the end of our visit, the wee little ones were walking around Shiva with no issues whatsoever!  All was good!  She makes me so proud this one!

The beautiful black beauty has, again, totally stolen our hearts.  She is such a great dog.  It is an absolute joy to have her with us, even if it's only for a few weeks.

Thanks Gwen and I'll be giving her an extra KISS and HUG from you all at BHRR!!!!