1) In having a discussion with several members of the BHRR BOD; we shall be open as of Septermber 1st – subject to change if need be – for the intake of completed applications ONLY to consider for approved adoptions.

BHRR ONLY places per right matched personality fits and has an extremely thorough adoption screening process.

2) Unfortunately, again….in 2020 we will not be doing a BHRR Calendar. The cost is too high for what comes out of our personal pockets when that is monies that are desperately needed to keep BHRR open.

Please do not post your kind offers here, please do email contactbhrr@gmail.com

4) It is that time again! Time to think about being a special Secret Santa to the BHRR doggies! 2020 marks our 18th year doing this!!

As of today, we still have 21 deserving BHRR doggies in need of a special SS to call their very own!

To learn more and to sign up, please do visit the link!

6) Please do reach out if you or someone you know has a Great Dane/Giant Breed Dog in need. We are also a highly/strongly focused special needs rescue so take in other breeds as we can that are also: Deaf and/or Blind, Sick, Senior, Neuro, Injured, Pregnant, Palliative, Nursing, Other Medical, Orphaned & Behavioural

It hurts our hearts to see dogs being put to sleep when there is an organization – we have been around since 1996 – OR to see these dogs end up in disreputable places.

Please do email contactbhrr@gmail.com if you or someone that you know needs assistance. 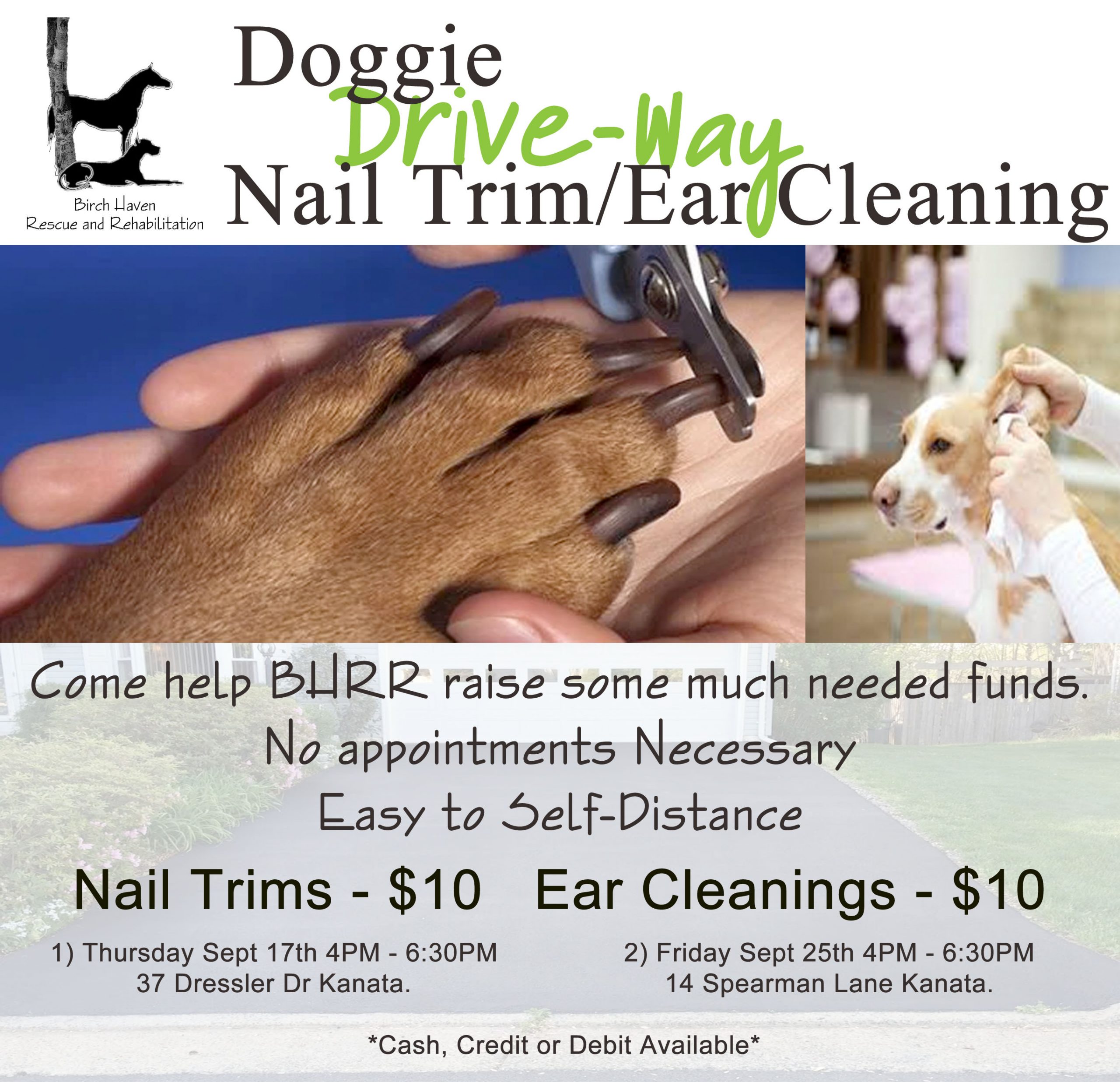 4. ONGOING – On February 21st, 2013, I received a most delightful and touching email from a woman named Allie MacAlister that is so very active in helping others

She is extremely talented and more lovely than any words can ever be put down on paper and she has wonderfully surprised me with the very stunning and unique artful creation of an Irish Wolfhound, inspired by our Bunker Dude. She is calling it ‘Art For A Cause’.

10% of sales of her products will come to BHRR!

*You can purchase t-shirts, mugs, mousepads, totes, greeting cards and SO much more! She will be adding products regularly. 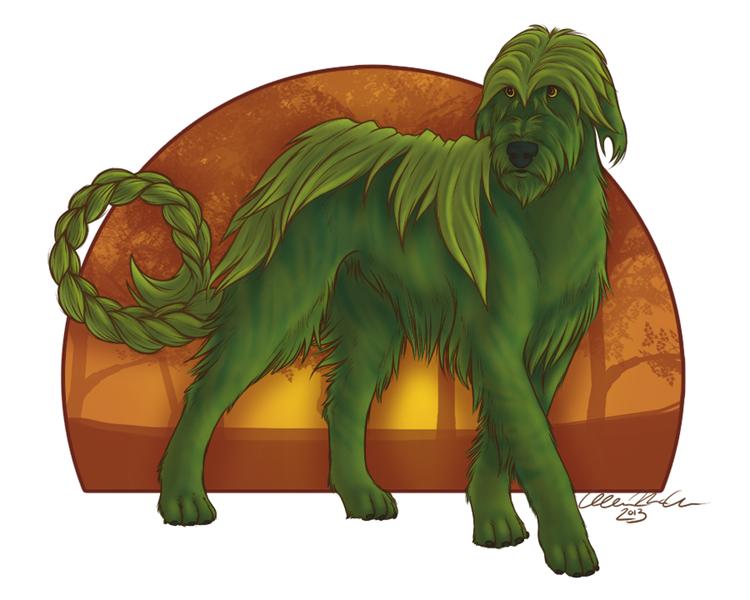 He is the 14 month old Giant Schnauzer that has a bite history that we took in July 25th.

He very much has lacked boundaries, manners and has felt that he can rule the world. On the flip side, he also did not have his own needs/wants met as they should have been.

From the moment I first brought him home, not once but twice, he has lifted his leg upon first meeting Sean to urinate on him.

He has jumped, mouthed, has demonstrated serious intent to bite – especially where his collar is concerned. He is extremely sensitive/reactive to his collar/neck being touched.

We do not attempt to touch his food or toys at the present, items that he only gets when he is in his crate or in the one fenced in yard or in a room by himself to enjoy. We are a long way off from sharing water bowls too with the other dogs.

When he first arrived, he was wearing a muzzle that his previous O.’s had put upon him – the man in particular was highly fearful of him. We managed to swap out the collar he was wearing to a martingale – as his previous loop collar was ill fitting and he is a big flight risk – and then took the muzzle off.

He has been doing well with his crate training – yet, is reactive in any situation he feels cornered.

He has proven to be excellent with the dogs he has been integrated with to date – BHRR’s Fred – who has his own bite history prior to coming to BHRR; BHRR’s Walter and my two Wolfies, Torin plus Brogan. He has zero issues with BHRR’s Caramel; yet, as always Mr. Caramel feels threatened and worried about any new dog and thinks they may eat him so, he barks at Mr. Nimbus…so, baby steps. Mr. Nimbus was also excellent with BHRR’s Valour may that sweet soul RIP and was the first one to get her to do a bit of a play bounce.

He is riddled with anxiety and has been torn between wanting to hurt me and wanting desperately to trust me and have me take care of him. This picture demonstrates that I am very slowly getting through to him as he was so happy to see me!

Before anyone steps up to impart their own opinions; I have not just a Masters yet a PhD in Psy(behaviour and development) and for many dogs; BHRR is the end of the road. If it were not for us; many a dog would have been euthanised instead of living great quality filled lives……

I am not going to rush out to have him put to sleep due to his behaviour – which is what his breeder wanted his O.’s to do as the breeder refused to take him back, plus the one O. was open to doing. We know many a group wanted him due to his breed; yet, many a group would not have been prepared, experienced, knowledgeable to manage him.

Behaviour is NOT changed; it is modified to be the best behaviour that it can be. Due to his resource issues, he has been allowed to rule his previous home and there was a set up for failure when the one O., who was already fearful of him; attempted to take something away and Mr. Nimbus snapped, made a connection with the O. While the previous O. did not need sutures/staples; he did go on both oral and IV antibiotics.

We take in the special needs, that is our focus – be it medical and/or behavioural and there is no timeline for these often lifetime labour of loves.

He has been moved to our Haven program – will he be moved back; who knows and it does not matter. BHRR has never been about adopting dogs…we have always been about assisting the next one in need of our highly specialised programs and if, said dog could be placed up for adoption, fine; yet, our Haven program is a massive part of what we do.

There is no rush, we are not desperate and though, originally Mr. Nimbus(what we are calling him) developed an early connection to Sean; it is now myself that he is very slowly developing a relationship with.

One small step at a time to get him to realise that trust and respect work both ways; that there shall be rules – we are a positive balanced approached program – that we will be clear and consise in our communication so that there is not any confusion with what we are asking of him.

There shall be structure, consistency, stability, obedience, love, patience and understanding and right now, he is figuring myself out and I am still learning about him.

We do not operate or rule with fear….he is realising that….we do not use prongs, chokes or shock/e-collars. Almost 30 years into working with animals – with knowledge, experience, formal education – 14 years post secondary let alone all of the continued CE.

I am beginning to get genuine nubby tail wags. I am getting more relaxed body expression. I am getting proper eye contact now. I have not been rushed or lunged at in days and he plus I are coming to an understanding…..there are compromises on both sides on some things as we work towards moving from the small picture to the bigger picture and that there shall not not be any compromises on others.

We have so much time to work on in expanding appropriate displays of behaviour and for the present, it is Gwennie Dog Boot camp….seeing how happy he was to see me when I arrived home today; small yet, also huge progress is being made…..Setting up for success! 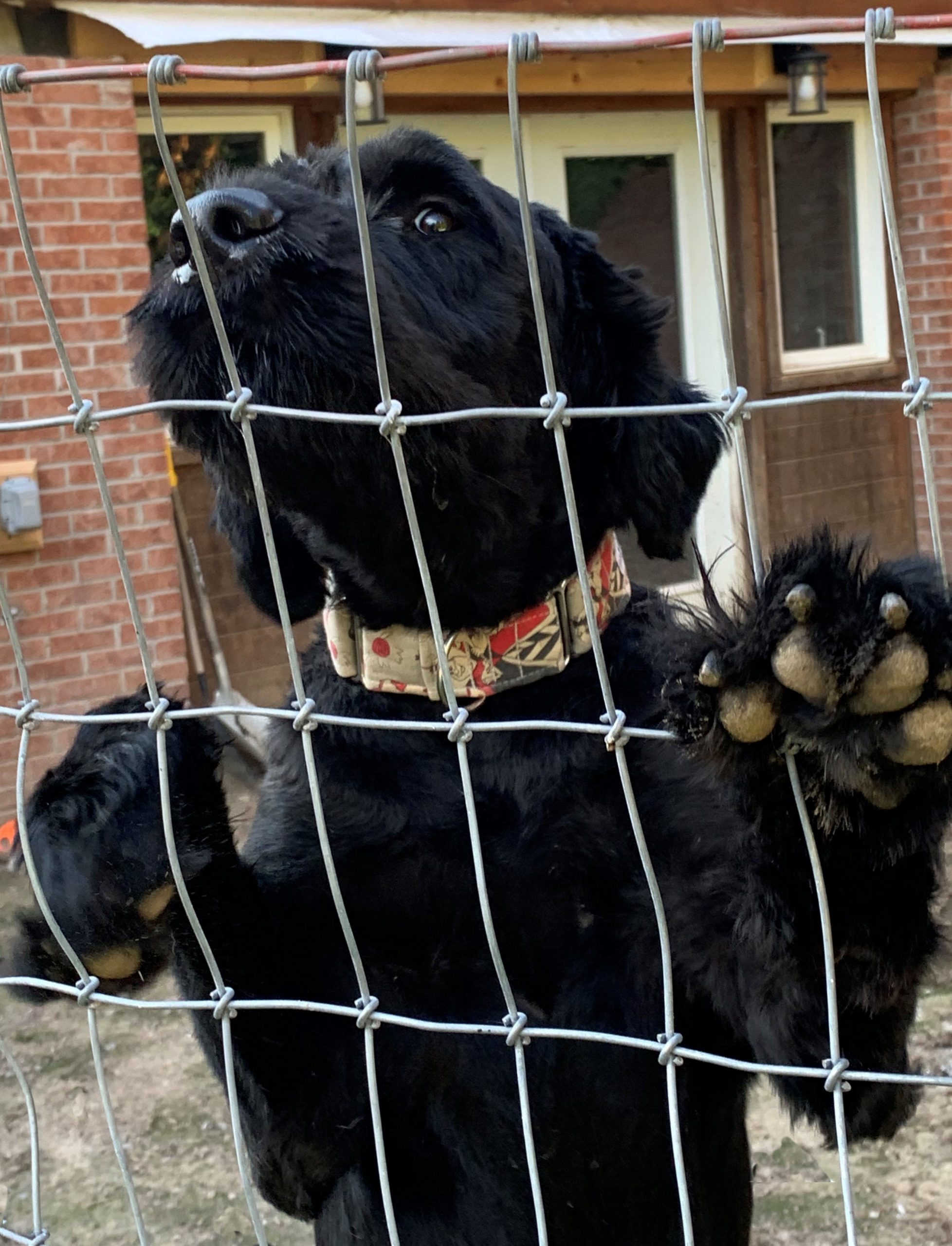 hanks to Cassy, BHRR’s Nimbus(what we are calling him) is safe with me now!

He weighed 38.7 kgs (85.14 pounds) at work and we did bloodwork for heartworm and tick borne diseases – negative – as well as pre-operative bloodwork in preparation for being neutered.

He is scheduled for August once he has had more time to settle in.

He is a 13 month old lacking serious manners and boundaries. He and I had a couple of ‘talks’ at work re: getting on the scale and then getting blood.

It is not ok to pull and yank and it is not ok to jump, mouth, try to bite and to not do something by attempting to throw your weight around. It is not ok to try and intimidate and threaten either. This was how he was running the home he came from.

This is the Giant Schnauzer that has serious resource issues and one of his previous owners went to take a high value item away and he snapped. He made contact and the Male owner ended up with two punctures. He did not require sutures yet, is on both oral and IV antibiotics.

He was quarantined and now that the health inspector has done their inspection; he could come to rescue.

I already know that you and I are going to have quite a few ‘conversations’ in our journey together!

Thank you also to Michelle and Cody and Jocelyn for their assistance at work tonight with him! 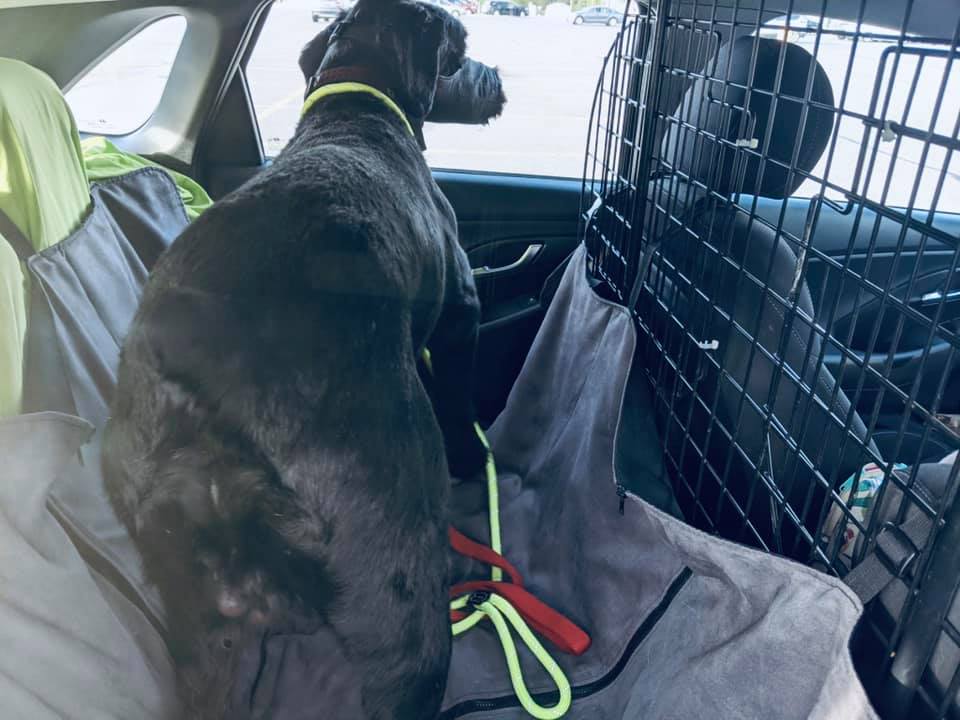 Next in need of BHRR!

Owner surrender. He is way too much dog for them, lacks manners/training, has resourced the female owner and also toys or anything he feels is high value since they got him at 7 weeks of age..

Mr. was already very nervous of him and went to take a high value item away and dog snapped; made a connection and Mr. got two punctures from the dogs canine teeth. Mr. did not require sutures yet, is on oral and IV antibiotics.

Breeder will not take back. Breeder said to put him to sleep, Mr. wants him put to sleep and Mrs. feels he has potential. Her deep love for him prompted her to reach out for rescue assistance.

As a GD/Giant Breed strongly focused special needs rescue – medical and/or behavioural; he represents 100% the kind of dog we are here to assist.

BHRR has assisted many Giants Schnauzers over the past 25 years and look forward to his arrival.

This is a strong breed and in the wrong inexperienced hands, not the setup for success for home/dog.

ETA being worked on.

**NOT AVAILABLE FOR ADOPTION** 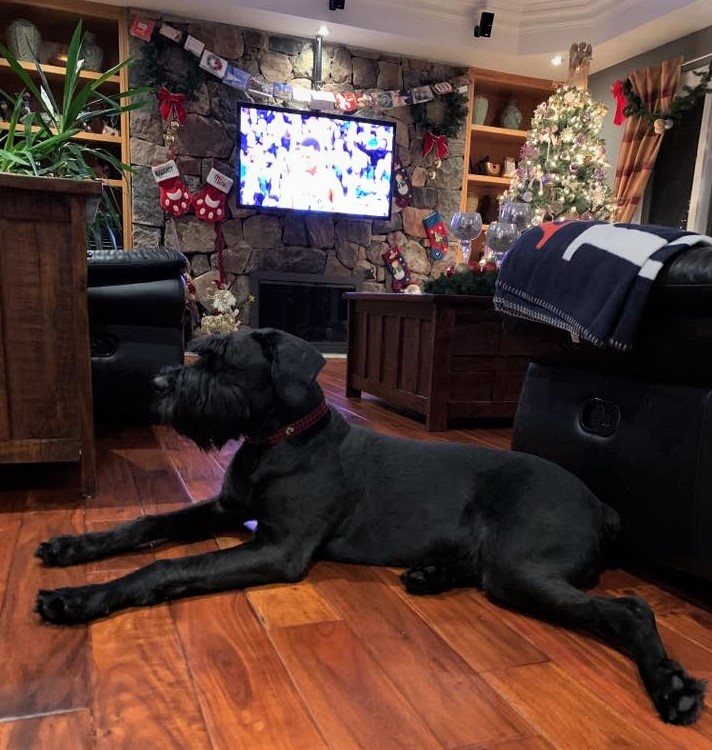