Update: May 21st – 9:29 AM – Ava Marie was about 72 KGs(158.4 pounds) for a total loss of 33.4 pounds since her arrival to BHRR on March 7th. SHE is almost at ‘goal’ weight! I wanted to see her around 155 pounds at her current age. From the initial consult in March plus looking at her X-Rays, the right knee was clearly the worst. From a quick assessment today, Dr. Liston was not sure which one should be done first and with the warmer weather/heat etc., she has had both knees swelling and has had days where it is 50/50 as to which one might be bothering her more. Dr. Liston is going to wait until she is under anaesthetic to exam her(she is tensing right now) to best determine which cruciate should be repaired first. Will update as I can. He was very impressed with her weight loss and how she was looking. GO AVA MARIE!

Update: May 21st – 3:13 PM – Ava Marie was out of surgery around 12:50 PM and all went really well. The right cruciate was the one determined to be the side that should be fixed first and she is now still out like a light, with her tongue hanging out(do not tell her that!) and her eyes extremely droopy. I should be bringing her home around 5:45 PM or so and the challenge is going to be to get her into the vehicle and then out of my car and then into the house. At almost 159 pounds, she is a very sizeable girl still.  Will update with photos after I get her home! Thanks for all the well wishes being sent her way!!!!

Update: May 21st – 9:01 PM – It was a wee bit of a challenge getting Ava Marie home. In hearing my voice, she was able to maneuver herself with some assistance with me at the front and Dr. Liston at the rear into the back of my car. She then slipped into the wheel well and we had to get her up again. WHAT a trooper she is! Her medication of Hydromorphone was held off until I could get her at home and settled into our triage area and she was in substantial pain travelling home for no matter how smooth/careful one tries to drive there are bumps and turns on the road. Unfortunately, on the way home she slipped into the wheel well again and was half on her back. I had to pull over on Shea Road and I was not able to get her up myself for if I was at her hind end, she wanted to turn towards me yet could not and I did not want her to panic. If I was at her head, she did not have the ‘leg’ to get under her to move back up on the sheet. I called Sean yet with the truck being apart(he is replacing the brakes), he could not come out to assist me yet then again, in knowing where I was, I was still about 30 minutes from home. Soooooooooooooo, I told Sean that I was going to have to pull someone over and this nice young man stopped and he was so very kind in assisting me. I said to him ‘I guess you did not think you would be doing this when I flagged you down’ and he said ‘That’s for sure!’ But he told me he was so happy to help yet also did not want to hurt her. He thought Ava Marie was a ‘he’ and even though I prepared him that this was a Great Dane that I needed some help with, I think he was still a bit taken aback by HOW much of a ‘Great’ Dane she was!  😉 I told him that Ava Marie would do most of the work as I encouraged her from her head and he just needed to scoop under her rump to give her that extra ‘boost’ once she began to move. The hard part was being able to get his hands underneathe her yet I had moved the drivers seat as far as I could and with great effort on Ava Marie’s part and our own; we got her up and she moved to lie on her bad leg. This was the side that we had wanted her on when we left LAH yet she had flipped over into the wheel well and we could not get her to flip back. It was good for her to lay on the other side as she had been on the left side since her surgery. I could not thank this young man enough for stopping and helping me and told him that I am so extremely grateful. He remained calm, trusted me in what I said in what we had to do plus that Ava Marie would not bite him as I was at her head and that we would take our time and we could do this. Ava Marie did not panic once and though it had to have hurt her tremendously, she pulled at her staples(she has about 40 of them) and had some drainage; none tore out and it was a more uneventful drive home. I am sending out another HUGE thanks to this young man for stopping in my time of need!!!! Sean met me at home and helped slide her out by pulling the duvet she was on until her front feet could get under her and we slung her with our fireplace log carrier(it is the perfect sling)and we took our time up the wide sweeping stairs at our home. Of course, she did not feel like peeing and we got her to the triage area, settled down, covered up with a duvet for shock and shortly afterwards gave her her first Hydromorphone injection. I will give her another one in the middle of the night. Sean will be spending the next few nights in the triage area with her and below are some pictures. In 14 days, we shall take the staples out, exam the leg and re-assess the left cruciate. Dr. Liston is worried that with so much arthritis settled in on the left side as to how much overall significant improvement we might get in repairing that left side yet we will see what the next 6-8 weeks will bring. With her having to compensate on that left side right now, she is going to be causing more stress on that left knee and we might have no choice but to go in and we are sticking to our original treatment plan made in March that this left knee will also need to be repaired. For now, our focus is getting her up and healing on the right side. She is on Cephalexin 500 mg; 3 tablets BID and 1.5 tabs of 100 mg of Deramaxx SID. I shall remove her Duragesic 100 ug transdermal pain patch in about 6 days. There is a lot of arthritis even on her right side explaining why her knees become so swollen in this heat. 😥 She will need to continue to be fed the best food and giving glucosamine etc. for the rest of her life to give her the best quality of life possible. I cannot thank Dr. Liston and his amazing team enough for the care and support they have shown to Ava Marie today and Cinnamon Buns all around soon!!! 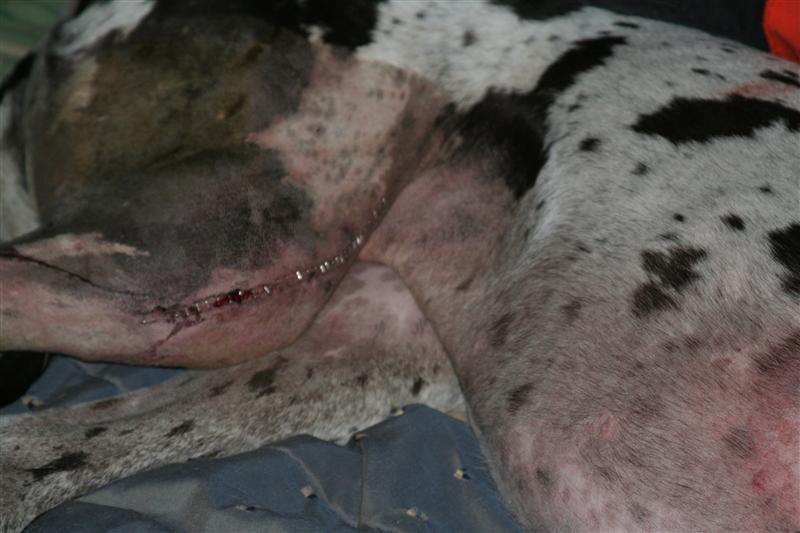 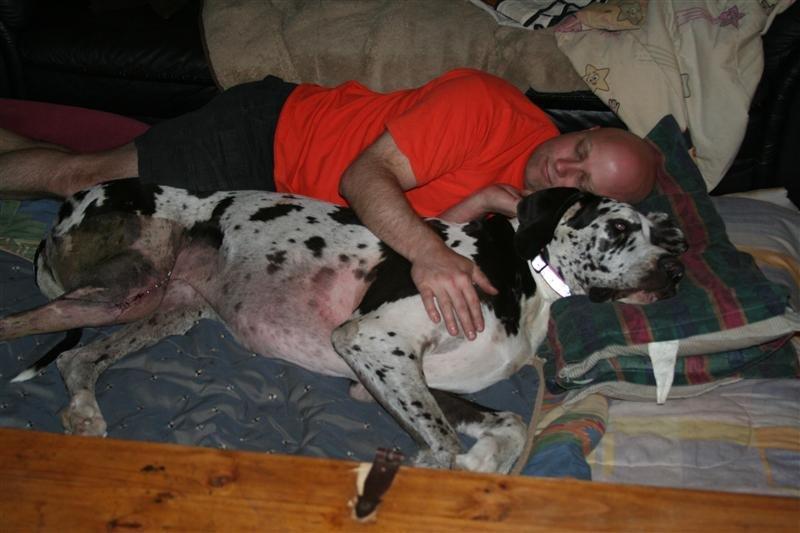 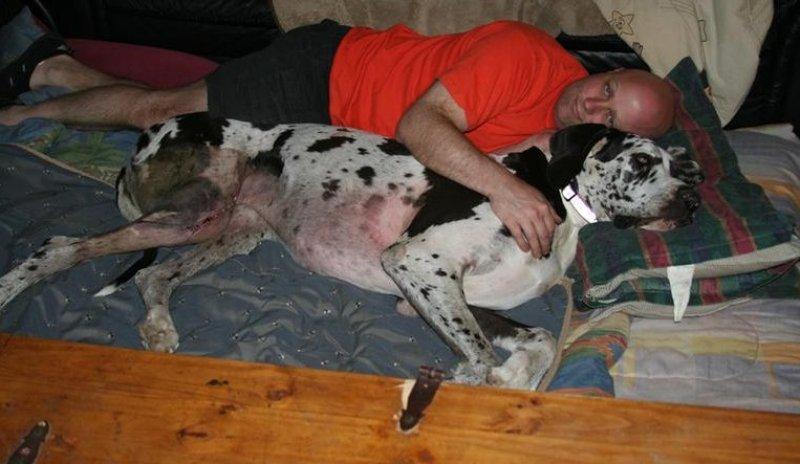 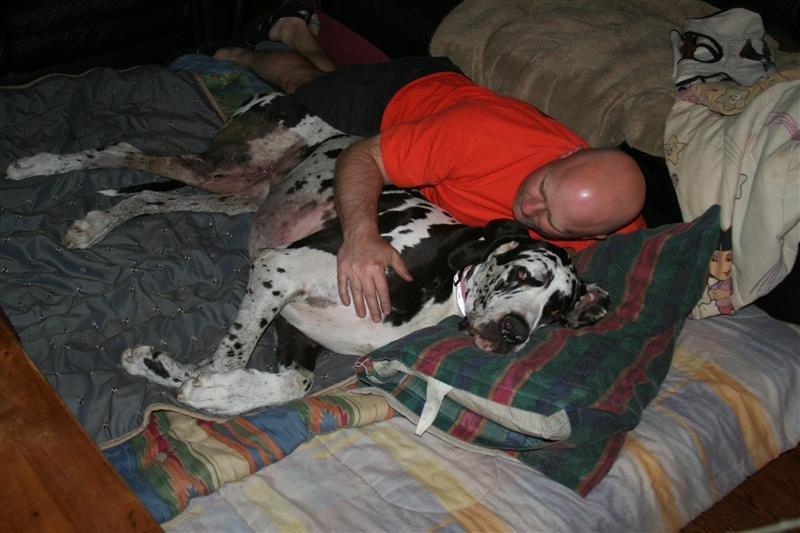 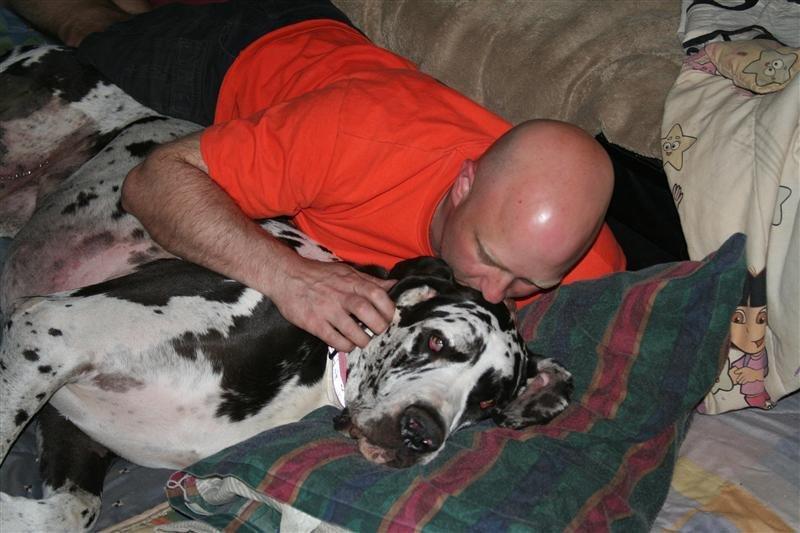 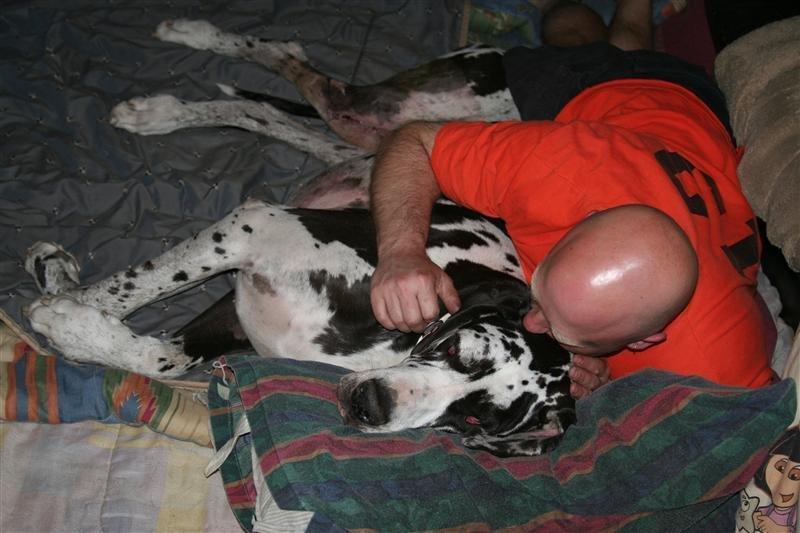 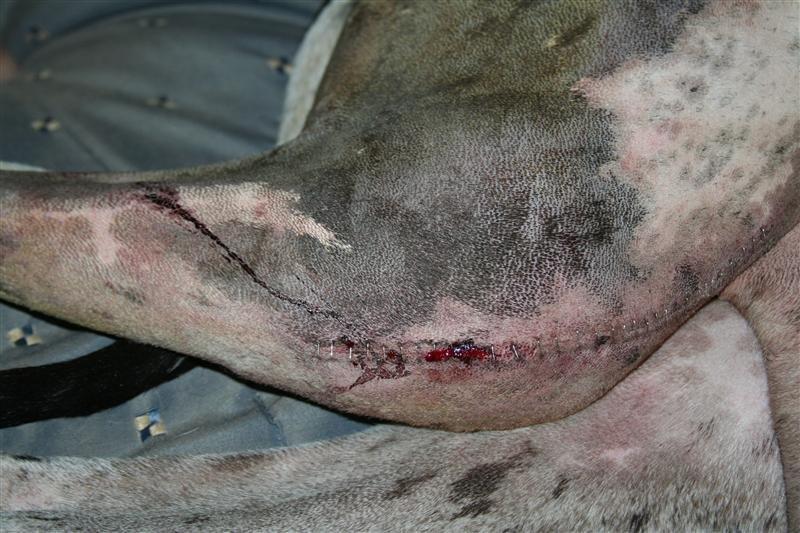 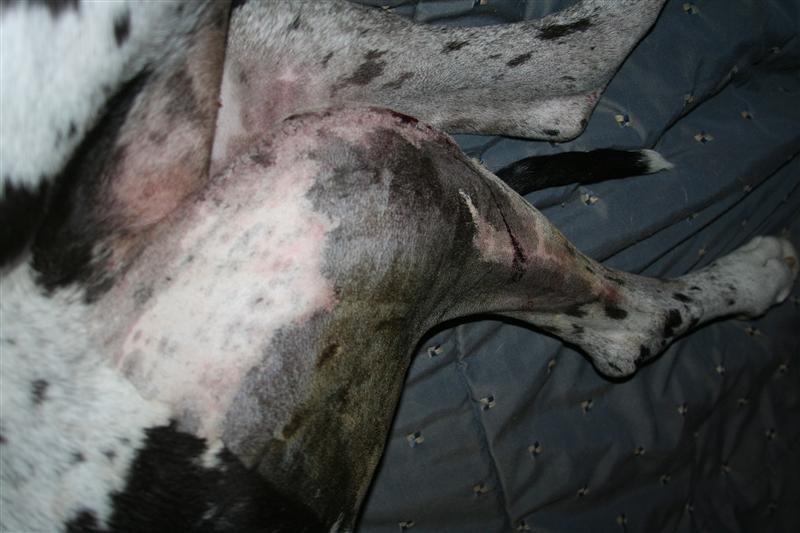 Please consider donating………PayPal, email transfer to gwen@birchhaven.org, credit card(Visa or M/C) directly to Liston Animal Hospital (613) 591-0966 or even by mailing a check to Birch Haven Rescue and Rehabilitation Services would be beyond appreciative. On behalf of Ava Marie, THANK you so much for your continued support!