Gwendilin Boers founded Birch Haven Rescue & Rehabilitation Services (BHRR) in the spring of 1996 when she began assisting in the effort to close down a puppy mill in Quebec, Canada. Along with her husband’s Sean’s support, she is part of the love and effort of BHRR along with their volunteers, assistance from other Rescues plus their Vets, sponsors, family, neighbours and friends.

Gwendilin‘s mantra is “Together we are all the ‘links’ making strong what I call the ‘chain of success’.” In the spring of 1999, she had the wonderful privilege of connecting with Krys Pritchard from Trinity of Hope Dog Rescue(THDR) and at that same time back in 1999; Gwendilin and her husband Sean became a foster failure to one of THDR’s NewfX’s, Kona; who sadly crossed over on March 30th, 2012; just shy of her 13th birthday.

In 1996; Gwendilin also founded the BHRR Therapy Dog program; thus creating the now very popular concept of ‘corporate’ therapy. In 2001; BHRR began to expand into assisting with Equine Rescue and their Rehabilitation.

Gwendilin’s focus has been in the educational awareness, protection and love of Giant Breeds plus Equines.

In the fall of 2006; Gwendilin entered the world of dog showing and in June of 2007, she finished her very first show dog in just 7 months; a natural eared Harlequin Great Dane, Dyce. They accomplished something very special(research reveals that they are the first in Canada to do this); as Gwendilin was a first-time show dog owner/handler with a natural eared Harlequin dog and he was exclusively owner/handled to his CH. title. Her second show Great Dane; a Blue, Bronson; entered the ring at the end of 2007 and became a Champion in May of 2008 in just 5 months of showing and is now a Multi Champion. Her third show dog, TAIN; a 100% European bred blue Great Dane is also a proven Multi Champion and finished his first championship title at 14 months of age in October of 2009. Gwen’s fourth show dog, a mantle boy arrived in September of 2010 and he has obtained his own first CH. title at the young age of just 13 months in September of 2011. He is also now a proven Multi Champion.

Gwendilin strongly believes that as someone dedicated to animal welfare; she can do her part in assisting plus working together with reputable/quality Breeders to ‘preserve’ the Great Dane Breed standard by showing/handling/competing with the dogs to various titles and thereby also gaining added confirmation of true temperament plus conformation of Breed Standards. Gwen is not a Breeder and has never bred a litter. She believes there is FAR more to breeding than earning a Ch. title or two or the putting together of two dogs.

Gwendilin has been doing balanced positive method animal behavioural modification/rehabilitation plus training for almost 28 years. She has been the behavioural ‘consult’ in several cruelty cases plus for a vast number of organizations plus groups. She has travelled across North America to speak to Giant Breed health, nutrition, exercise, training plus other animal welfare topics including doing talks in areas such as BHRR ‘second’ to none success rate. Additionally, in 2009; Gwendilin was requested to be a guest speaker in Dublin, Ireland. She has been an invitee on television programs such as RTV 22’s Rogers Ottawa Daytime and CBC’s Living in Ottawa.

Gwendilin is published via interviews and/or articles to such prominant media arenas including but not limited to; Dog Fancy Magazine, Open File Ottawa, Ottawa Dog Blog, EMC and Animality Pet Magazine.

Currently; Gwendilin is contributing to several books and her own ‘In The Trenches’ is to be hopefully published in 2018, time allowing! Gwendilin’s second book titled ‘Special Love’ is also now in the early writing stages. Yes, Gwen says that as she currently resides in Canada and that they have ‘u’s in their words like colours, neighbours and flavour so she is a behavioural expert not a behavior expert! 😉

To have a Behavioural/Training Consultation with Gwendilin or to become a ‘Gwennie’s Dog Boot Camp’ Client; please email.

Gwendilin’s extensive educational plus experiential background includes yet is not limited to:
Criminology plus in Psychology with Specializations in Animal plus Child Development / Behavour. Gwendilin possesses Disaster Animal Response training under FEMA including being a certified/qualified Red Rover First Responder and also has a Minor in European History and had planned to defend her Doctorate in Psychology in December 2014. In addition, she possesses a strong medical background as she was a Lifeguard/EMT for almost 16 years and also was an essential key member of Nortel Networks Emergency and Medical Response teams up until November of 2001.

In April 2004; she also began to work part-time for several Animal Hospitals in various capacities including consulting. Gwen left her full-time Managerial Career in the fall of 2002 and for almost 1.5 years, devoted herself to her family, BHRR and own animals. When the time came to re-enter the workforce, she accepted a Career opportunity that began in February of 2004. Then, in the Spring of 2006; she had to make the difficult decision to resign from her Executive Career Position and since then; she has been working on finding that right balance again between her BHRR roles, Family plus her career work for several Animal Hospitals. In addition to being the Rescue and Behaviour Advisor for the Ottawa Great Dane Board; she is qualified in WHMIS and Gwendilin is a very active participant or member of reputable/quality organizations such as:

In April of 2013, she was presented with the incredible opportunity and was invited to lend her skills, knowledge and experience to the rescue efforts being made in Cancun plus on Isla Mujeres on Mexico’s east coast to assist with a rescue group, Isla Animals, which promotes spaying/neutering, responsible pet ownership and public education. She worked extensively with the street dogs, local communities and helped with a spay/neuter clinic.

Since then, Gwendilin has also been invited to the Dominican Republic plus Costca Rica to assist, share and learn!

The latest invitation has been for her to go to Brazil after her rescue efforts, that began in Brazil in September 2016.

Gwendilin lives in Eastern Ontario on her dream property located on 148 acres. She has been blessed over the past four plus decades, to be owned, by two children, seven Equines, one Doberman/CollieX, fifteen Great Danes, two English Mastiffs, three Irish Wolfhounds, two Golden Retrievers, two Newfs, two NewfMixes, two German Shepherds and one German Shepherd/Husky/Lab X. 18 of her dogs became CGC certified, 7 are CGN/CGC and 18 have gone on to become BHRR Therapy qualified dogs. Four are Canadian CH’s, three are also CFC CH.s & one a National CH. and addition to being a CAN CH. is also an International CH. an Ehren CH. plus he and another of her show Danes are both AKC pointed.

Her hobbies include competing with her horses, training for her first ‘hoping-to-do’ marathon, hiking with her dogs, dog showing, teaching animal first aid, travel, reading and scuba diving.

Gwen mentions that her husband Sean is extremely supportive and almost ALWAYS wants to keep the animals that pass through their doors! 🙂 Gwen believes that Sean has to be credited with a lot of BHRR Inc’s successes. Sean has assisted in driving to and from the airports or meeting the Volunteer ground transports; driving animals to their vet appointments and new homes; socialization; bathing; assisting with fundraising, nail trims, feeding; administering meds and giving LOTS of cuddle time. Sean actually plays ‘tag’ with the horses. WITHOUT Sean, Gwendilin states that she wouldn’t be where she is today, doing what she loves; helping animals in need and being the voice for them. 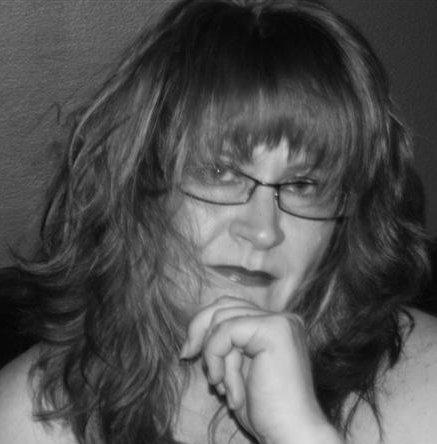