I am finally getting to upload some more pictures of Ocean shortly after her arrival at BHRR. Slides # 14 – 17. She is very very very slowly putting on weight. I gave her last treatment of Giardia tonight and will re-test her fecal later this week. I am not trying to worry that she might have something else going on that is causing her to not gain weight as well as I would like to see yet perhaps it is just her  metabolism and I am not going to jump the gun as of yet. She is eating, sleeping, playing and drinking well and her obedience! OMG! OMG! She has just suddenly ‘clicked’ and she knows her name, ‘no’, good girl, yay, come, off and sit….we are working on other commands and she is so eager to please….most days!!!! 😛 She is soooooooooooooo sweet. I have said this many times that I am so smitten with her. I also want to share some pictures of my ‘training’ success(yeah, right…LOL) of keeping her off my leather couch! LOL It is happening less and less but she is still known to want climb up and have a snooze…..I just had to take pictures at one point(Dana did the same thing despite cushions and stools!) as she is so positively adorable! She is also still quite ‘eager’ with the leash and day by day we are getting improvement. She will be having her very first nail trim tomorrow night and we will see how that goes. I also will be microchipping her then. I think she will be just fine with Sean holding her while I trim plus microchip her. She is such an awesome Great Dane. I have scheduled her rabies vaccine on the 20th of February and will also do a skin scraping on the tip of one of her ears; if need be; for just like Dana; now that I can keep the wiggle worm still; she has the edge missing in one area and all scabbed. Does not pain her or cause her to itch and I will see what the Vet says. 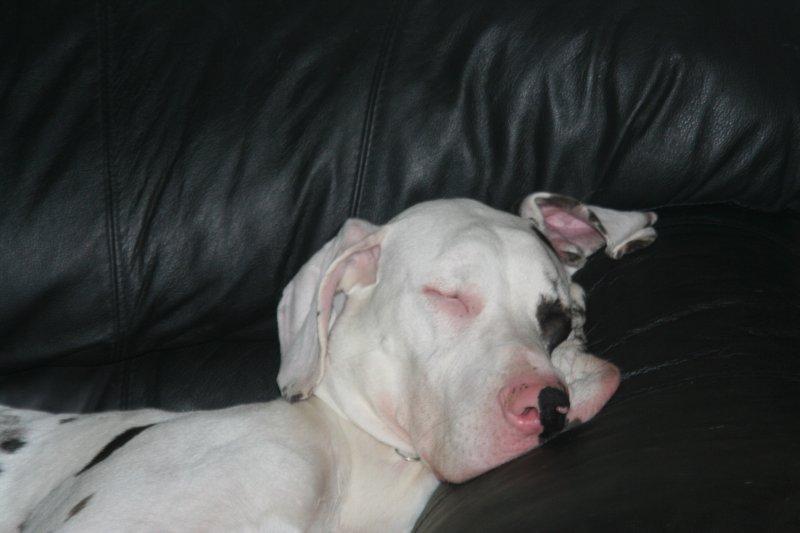 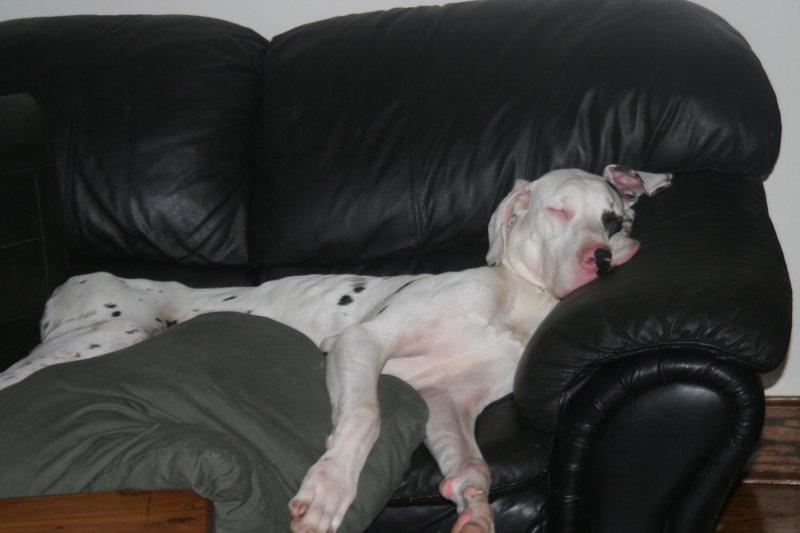 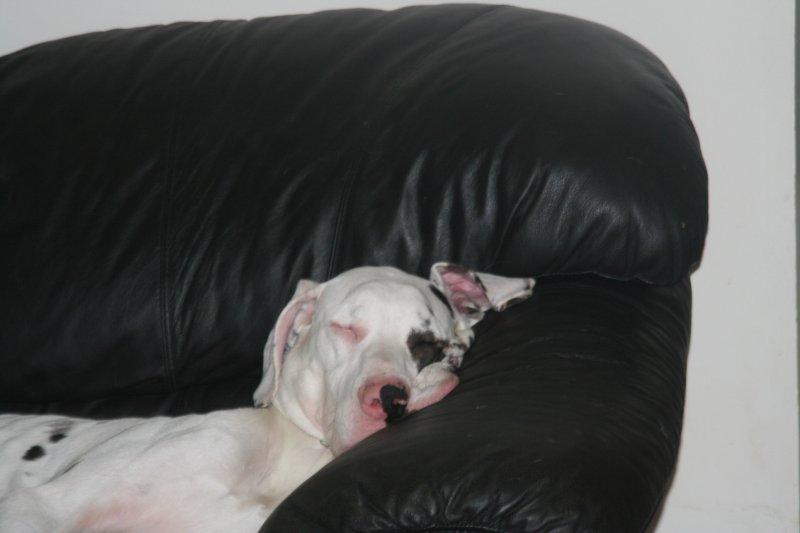 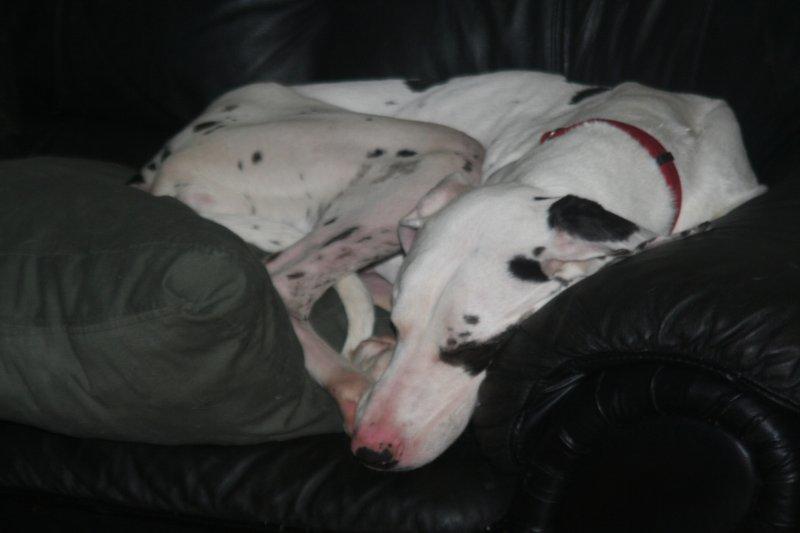 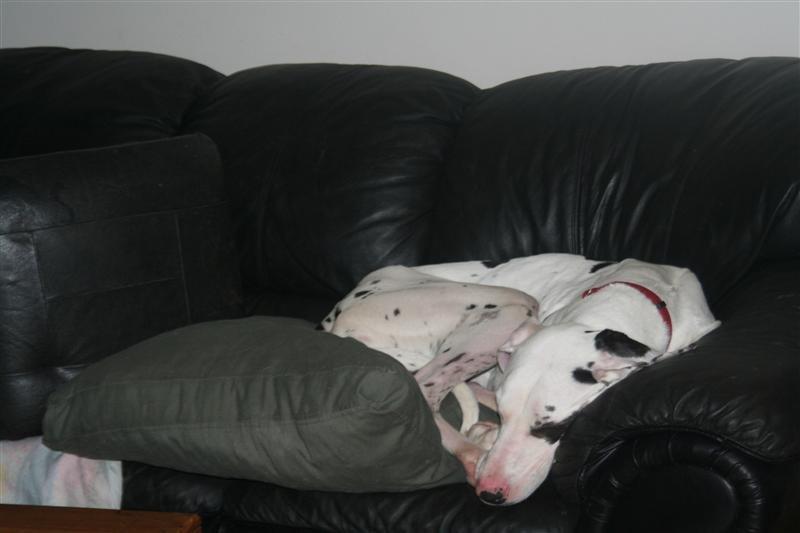