I brought Lil Linus into work with me yesterday when I started my shift at 4 PM. He got a pretty bad booboo when another Dane’s tooth ‘stuck’ in the miles of skin on his head late that afternoon while he was having a play date. I originally thought the gash was about 3″ yet when I looked closer; the gash itself is just under 2″ and when the Vet did a bit of an exploratory on it last night after Linus was in la-la land; it is more like 3″ with where the tooth went up underneathe the skin yet did not tear through. I cannot thank my Vet enough for being so flexible and staying late with me to sew Linus up. He cut away the dying tissue(by the time we were able to get him on the table; 5 hours had passed). It was an insane day at the hospital and I am so appreciative. I will have to bring in tons of baked goodies for all!!!! Lil Linus weighed 61.80 KGS(135.96) pounds. The Vet had asked me how much I thought he weighed and I said about 135 pounds and I was not far off!  😛 Lil Linus is on Deramaxx 100 MG daily for the next 4 days or so and if he needs something stronger; I will switch him to Tramdol 50 mgs. He is on 3 tablets of 375 mg of Clavamox BID and I brought him home with me last night and he is now resting comfortably. With the 1″ or so area found under the skin; the Vet elected to put in a drain(he poked a hole through the skin where the under the skin tooth wound ended and inserted the drain at that spot/sewed it into place) and I will remove it on Monday. A little lower down and to the middle and Lil Linus would look like a unicorn. 😛 These sweet SN’s become so stressed sometimes in a Vet Hospital and he had diarrhea in his run, the poor thing. There were so many people that had not seen Lil Linus since the KAH/BHRR Microchip Clinic last August and so many marveled at how much he has grown and his gorgeous lips and expressions! He is such a clown that one……The Vet agrees that he is in excellent shape and is wonderfully healthy! We ran some bw on him before his surgery and his insides are equally as healthy as his outsides! He is a very special boy and like all of our animals at BHRR; we are very protective of them and will do our best to ensure that they go only to the best matched homes possible. I am attaching a small slideshow below of Lil Linus’s play date booboo. This is the sort of injury that I also see our Tain possibly getting or our English Mastiff as with all that skin; it is so easy for a tooth or nail of another animal in play to become ‘caught’. 🙁 Lil Linus was such a trooper though.  After it happened and I looked him over; gave him a big hug with some smooches; he then wanted to go back and play some more! LOL PLAY TIME over ‘Lil Buddy!’ That was a very expensive ‘play’ date……Lil Linus’s Vet Bill was almost $1,000 from his play injury………….as they say ‘accidents’ happen and this was a pricey one…..sigh…………….. 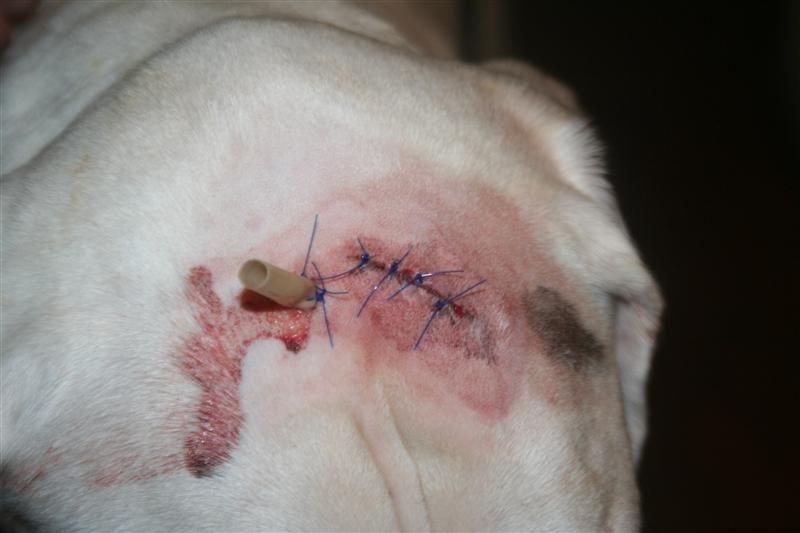 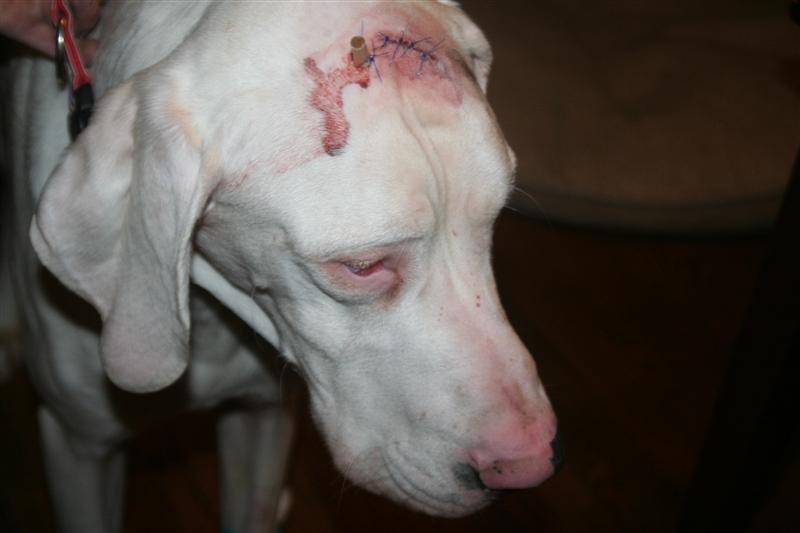 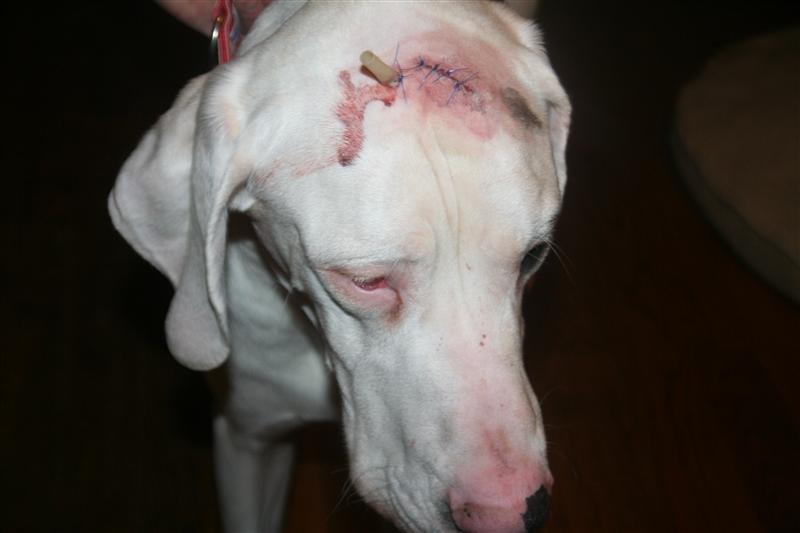 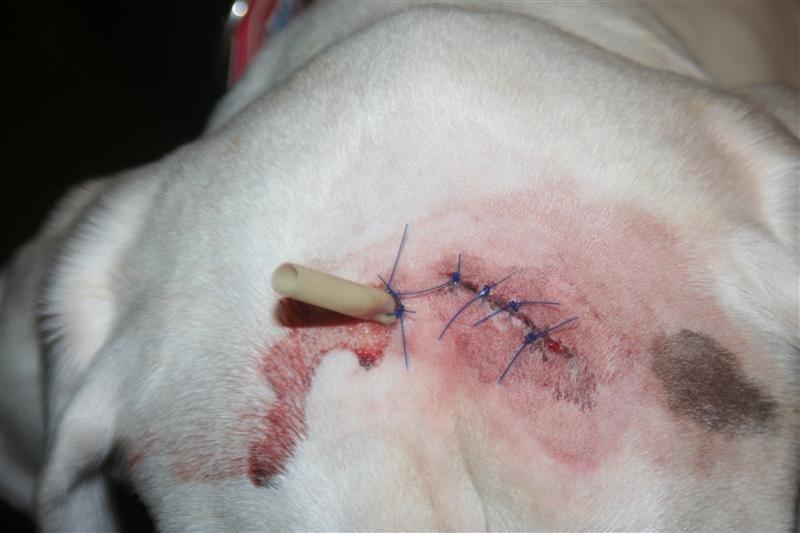 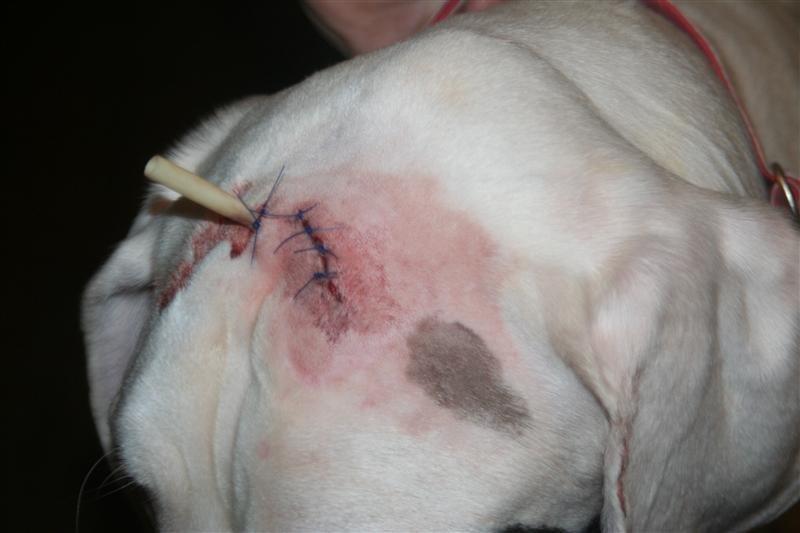